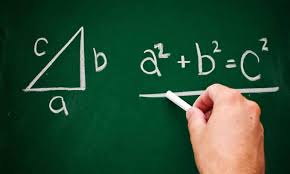 A succession of numbers formed and arranged in a definite order according to a certain definite rule is called a sequence.Continue Reading Aptitude – Progression – Mathematics Notes – For W.B.C.S. Examination.

It is a sequence in which each term, except the first one differs the preceding term by a constant. This constant is called the common difference. We denote the first term by a, common difference by d, nth term by Tṇ and the sum of first n terms by Sṇ.

General Term of an A.P.