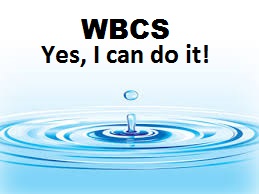 The form of grassroots democracy and domination in India and the role of Panhayati Raj Institutions (PRIs) in the progression of rural areas is great. India has been a welfare state ever since after Independence and the chief objective of all governmental endeavours has been the wellbeing of its populace. Basic principles of government are elimination of poverty, ignorance, diseases and inequality of opportunities and providing a better and higher quality of life. India’s democratic structure has three levels of governance which are national, state, and local.Continue Reading Grassroots Democracy – Panchayati Raj And Municipal Government – Polity Notes For W.B.C.S. Examination.

In simple term, Grassroot democracy is a people/community driven contribution in elections, governance and decision making. Grassroot democracy can be seen as a propensity towards designing political processes where as much decision making authority as practical is shifted to the lowest level of organization. Therefore, a local government is a government at the grassroots level of administration meant for meeting peculiar grassroots need of the people (Agagu, 1997). Appadorai (1975) also opined that the local government system as government is by the popularly elected bodies charged with administrative and executive duties in matters concerning the populations of a particular district or place.

Local government was further defined by Lawal (2000) as that tier of government closest to the people, “which is vested with certain powers to exercise control over the affairs of people in its domain”. Local government is a system of public administration at a local level, charged with the responsibility of bringing the people at the grassroots closer to the government. Grassroots organisations can have numerous structures; depending on the type of organisation and what the members want. These can be non-structured and non-hierarchical organisations that are run by all members, or by whichever member wishes to do something.

The grassroots level is called the Panchayati Raj System. If democracy means people’s participation in running their affairs, then it is nowhere more direct, clear and significant than at the local level, where the contact between the people and their representatives, between the rulers and the ruled is more constant, vigilant and manageable. Lord Bryce believed: “The best school of democracy and the best guarantee for its success is the practice of local self – government”. Decentralization is a main mechanism through which democracy becomes truly representative and responsive (Dhaliwal, 2004).

The 73rd amendment to the Indian Constitution (1992) clearly prescribes that the Panchayats should be institutions of self-overnment through which powers are devolved to the people as to the participation in the process of planning for economic development and social justice, and implementation of schemes and programmes for these purposes. To strengthen and enhance the efficiency of local governance, PRIs were structured and designed as three tier system. The base of this pyramidal structure is the gram sabha (or village assembly), composed of all citizens eligible to vote, and so the foundation of grassroots democracy. Whatever the case, the grass roots level institutions are vital instruments in the process of development to lower levels and these processes are quicker as and when common people identify themselves as active partners. There are so many facets to the issue of grassroots governance and development in India and it is very important because of more than 65 percent of India’s population comes from rural areas and its fortune and future are determined by these PRIs.

Panchayats as institutional means for development have been part of the Indian system since olden time. Panchayati Raj Institutions, the grass root units of local self-government have been reflected as instruments of socio economic change in rural India. Involvement of people at the grass root level is the most important way to bring socio-economic development. Panchayati Raj is recognized as institutional expression of democratic decentralization in India. Decentralization of power to the panchayats is seen visualized as a means of empowering people and involving them in decision making process. Local governments being closer to the people can be more receptive to local needs and can make better use of resources. The democratic system in a country can be guaranteed only if there is huge participation in the governance. Therefore, the system of democratic decentralization commonly known as Panchayati Raj is considered as an effectual means to ensure democracy and socio-economic transformation. It is well documented in past history that India has a long tradition of local governments, going back to more than 4000 years. This institution has survived numerous political changes and disturbances in the ancient and medieval periods till the start of the British Raj. With the coming of the colonial administration, the patterns of the working of the local bodies underwent marked changes.

Concept of panchayat raj: The word panchayat is derived from the word pancha, has references in to the existence of Grama Sanghas or rural communities. The institution of Panchayati Raj is as old as Indian civilization itself. It was in existence since ancient periods, having an effective control over civil and judicial matters in the village community. The Rigveda, Manusamhita, Dharmashastras, Upanishads, Jatakas and others, refer broadly to local administration, i.e. the panchayat system of administration.

In the Manusmriti and Shantiparva of Mahabharata, there are many references to the existence of Grama Sanghas or village councils. The earliest reference to panchayat is derived from the word Pancha, that refers to an institution of the five (pancha panchasvanusthitah) is found in the Shanti-Parva of Mahabaratha, pancha and panchavanustitah are semantically close to panchayat. An account of these village councils are also found in Arthashastra of Kautilya who lived in 400 B.C. Arthashstra gives a complete account of the system of village administration prevailing in his time. During this period, the village administration was carried under the supervision and control of Adyaksha or headman. There were other officials such as Samkhyaka (accountant), Anikitsaka, Jamgh karmika, Chikitsaka. The village headman was responsible for ensuring the collection of state dues and controlling the activities of the offenders. In Ramayana of Valmiki, there are references to the Ganapada (village federation) which was perhaps a kind of federation of village republics.

Guided by WBCS Gr A Officers , Online and Classroom, Call 9674493673, or mail us at – mailus@wbcsmadeeasy.in Visit our you tube channel WBCSMadeEasy™ You tube Channel Please subscribe here to get all future updates on this post/page/category/website