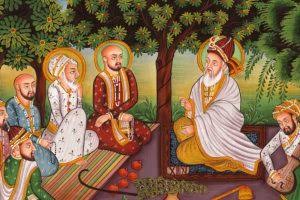 History is a reasonably popular optional subject that candidates choose in the W.B.C.S. mains exam. It is an important subject as far as the W.B.C.S. is concerned because history is covered in the  prelims exam and also in the general studies papers in the mains. If you are an W.B.C.S. aspirant you cannot get by without studying history.According to Dr. Tara Chand, his religion was the product of the synthetic effect of the Vedanta and Sufism of the age. Akbar was deeply interested in religion and philosophy and listened very carefully not only to the arguments of the Sufi and Shia divines but also the scholars of other religions also.Continue Reading W.B.C.S. Examination Notes On – History – Akbar’s Religious Policy.

He watched the good men professing different creeds and ‘Sule Kul’ i.e. reconciliation seemed to him the only solution of developing harmony and friendship among followers of different faiths. In fact some scholars equate ‘Din-i-Ilahi’ with ‘Sule-Kul’.

Akbar’s ‘Sule-Kul’ or his policy of reconciliation and liberalism in religious matters was greatly influenced by his Hindu mother, his guardian and tutor Bairam Khan and Abdul Latif respectively, his contact with philosophers and scholars like Sheikh Mubark and his sons Faizi and Abdul Fazal, his contact with Rajputs, his contact with other religions and his political ambition to expand and strengthen his empire with the cooperation of all religions.

With the help of Shaikh Mubark and his sons Faizi and Abdul Fazal, Akbar collected a big library of books on history, religion, philosophy and sciences. These were read out and explained to him by Faizi. The result was that Akbar’s views on religion became very liberal and he wanted to go deep in religious matters. For this he thought of providing a meeting ground.

In 1575, Akbar established Ibadat Khana at Fatehpur Sikri for the purpose of conducting religious discussions and debates for a better understanding of deep truth in religion. Akbar himself took part in these discussions. In the beginning, Mullahs only participated.To check the History Optional syllabus , Click Here.

Akbar addressed the following words to those assembled for discussion: “My sole object, O. Mullahs is to ascertain truth, to find out and disclose the principles of genuine religion and to trace it to the divine origin.”

In due course, exponents of Hinduism, Jainism, Buddhism, Sikhism and Christianity began to be invited. All the scholars were given due respect. However with the passage of time, Akbar found that the debates in the Ibadat Khana were not helpful in leading to better understanding between different religions, rather they created bitterness. Hence in 1582, he discontinued the debates.

Development of Akbar’s religious views and measures taken (in the chronological order):

He abolished the pilgrimage tax (1563)

He forbade the killing of animals on certain days (1583)

Akbar was in favour of weakening the powers of the Ulemas/Mullahs. He wanted to combine in himself both political and spiritual powers. According to the Decree, Akbar became the supreme arbiter in civil and religious affairs. This declaration was signed by leading divines. Akbar himself began to read the Khutba (earlier read by the Imam of the Mosque) from the pulpit of a Fatehpuri Mosque.

After acquainted himself thoroughly with the principles and practises of different religions through listening to the debates and discussions of religious philosophers and scholars and watching their lives, Akbar founded a new religion in 1581 which included the virtues of other religions and he named it Din-i-Ilahi. Akbar tried to emphasise the ‘Sule Kul’ i.e. peace and harmony among religions.