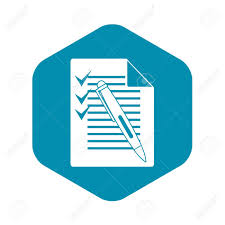 Verner’s law, linguistic explanation of the apparent exceptions to Grimm’s law (q.v.), which first demonstrated the significant role that accent (stress) played in linguistic change in the Germanic languages. It provided further evidence for the important claim of 19th-century linguists that phonetic laws have no exceptions and proved to be a decisive influence in establishing the direction taken by the Neogrammarian (q.v.) school of historical linguistics. This law, one of the greatest discoveries in historical linguistics, was first presented in an article, “Eine Ausnahme der ersten Lautverschiebung” (“An Exception to the First Sound Shift”), in the Zeitschrift für vergleichende Sprachforschung in 1876, by the Danish linguist Karl Verner.Continue Reading W.B.C.S. Main 2018 Question Answer – Pali Literature- Verner’s Law.

Grimm’s law stated that the Indo-European p, t, and k sounds changed into f, th or d, and h in the Germanic languages. Verner noticed that Grimm’s law was valid whenever the accent fell on the root syllable of the Sanskrit cognate, but, when the accent fell on another syllable, the Germanic equivalents became b, d, and g. This was also the case with s and r. Technically, this rule states that in the Germanic branch of Indo-European, all non-initial voiceless fricatives (spirants) became voiced between voiced sounds if they followed an unaccented syllable in Indo-European or Sanskrit. For example, Sanskrit bhrātar, with the accent on the root syllable, corresponds to Gothic brōþar, but Sanskrit pitā, accented on the final syllable, corresponds to Gothic fadar.