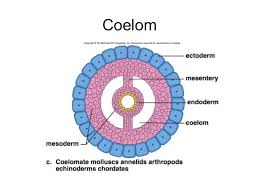 Zoology Notes On – Coelom In Annelida – For W.B.C.S. Examination.

W.B.C.S. Exam is conducted by PSC, WB in three stages- Prelims, Mains and Interview. The marks you fetch in W.B.C.S. Mains Exam decide your ranking in the final list. The WBCS Mains exam has 8 papers, including twp optional papers. Zoology is an optional subject for Civil Services Mains examination. Zoology requires a huge amount of hard work. This optional paper is also quite lengthy. Aspirants should be thorough with the syllabus. Knowing the syllabus will help you to understand what to study what not to study.1. Developmentally coelom arises as a split in the mesoderm which becomes bifurcated into two layers, a somatic layer lying next to the epidermis and a splanchnic layer around the endoderm.Continue Reading Zoology Notes On – Coelom In Annelida – For W.B.C.S. Examination.

2. Coelom becomes bounded on all sides by coelomic epithelium which secretes coelomic fluid.

3. The greater part of the coelom forms the perivisceral cavity or splanchnocoel.

4. It is a fluid-filled space inside which is lodged the viscera.

5. Because of this packing the viscera remains independent of the move­ments of the muscles of body wall.

6. In some higher animals part of the perivisceral cavity is kept separate to form restricted cavities whose coelomic nature can and only be realised if their developmental history is followed.

7. In all probabilities the ancestral coelomate animals had segmentally arranged mesodermal pouches.

8. From these pouches gametes were formed by the process of proliferation of the epithelial lining.

9. Later on, these pouches became modi­fied in structure and function.

10. The evolution of mesodermal pouches is evident in present day coelomates.

There are three types of coelom, such as:

It means without a coelom or fluid-filled cavity is absent. The space between the gut and body wall is filled by a kind of densely packed connective tissue derived from both ectoderm and endomesoderm (entomesoderm), called parenchyme. Animals are without a body cavity in triplooblastic animals, called acoelomates and the group is referred to as acoelomata.

Gnathostomulida, Platyhelminthes and Nemertea, Gastrotricha, Kinorhyncha.Click here to find the Syllabus for Zoology in WBCS Exam.

It means false cavity. The fluid-filled body cavity lying between the gut and outer body wall musculature and generally formed by persistence of em­bryonic blastocoel is called pseudocoel. The term ‘pseudocoelom’ usually refers to the space which does not develop from embry­onic mesoderm and not lined by coelomic epithelium derived from the mesoderm.

The body cavity is bounded externally by the fibrous processes of the longitudinal muscle cells (mesoderm) and internally by the intes­tine (endoderm).

Rotifera, Nematoda, Nematomorpha, Loricifera. In small free-living nematodes, the pseudocoel is small or non-existent but may be voluminous in large-sized nema­todes. The pseudocoel in Nematomorphos contains stellate mesenchymal cells. In rotifers, a spacious fluid-filled pseudocoel occurs beneath the body wall and surrounds the gut and other internal organs.

It is a true coelom lying between the gut and outer body wall musculature and lined by coelomic epithelium derived from the embry­onic mesoderm. It is a mesodermal origin and opens to the exterior through the coelomoducts, e.g., the oviducts and the excretory ducts. The coelomic fluid contains amoeboid cells or amoebocytes. The animals containing such a body cavity or coelom, called coelomates.