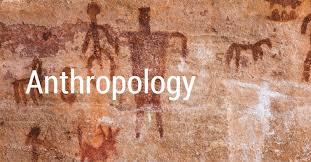 Candidates should be thorough with UPSC Mains to better strategize their preparation. They must read the UPSC anthropology syllabus quite a few times as optional preparation in the right manner will increase the chances for IAS aspirants to score good marks in the civil services examination.

1.2 Relationships with other disciplines:

1.3 Main branches of Anthropology, their scope and relevance:

1.4 Human Evolution and the emergence of Man:

1.6 Phylogenetic status, characteristics and geographical distribution of the following:

1.7 The biological basis of life:

The concept and characteristics of culture and civilization;

9.3 Concept of genetic polymorphism and selection

9.6 a) Age, sex and population variation as genetic marker-

9.7 Concepts and methods of Ecological Anthropology.

11.1 Relevance of menarche, menopause and other bioevents to fertility. Fertility patterns and differentials.

1.1 Evolution of the Indian Culture and Civilization

3.1 The structure and nature of traditional Indian social system

3.4 Impact of Buddhism, Jainism, Islam and Christianity on Indian society.

5.2 Linguistic and religious minorities and their social, political and economic status.

6.2 Problems of the tribal Communities

6.3 Developmental projects and their impact on tribal displacement

7.1 Problems of exploitation and deprivation of Scheduled Castes, Scheduled Tribes and Other Backward Classes.

7.3 The concept of ethnicity;

8.1 Impact of Hinduism, Buddhism, Christianity, Islam and other religions on tribal societies.

8.2 Tribe and nation state – a comparative study of tribal communities in India and other countries.

9.1 History of administration of tribal areas, tribal policies, plans, programmes of tribal development and their implementation.

9.2 Role of anthropology in tribal and rural development.

9.3 Contributions of anthropology to the understanding of regionalism, communalism, and ethnic and political movements.