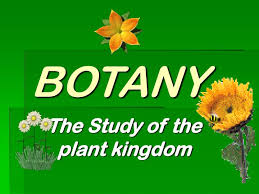 Botany Notes – On Evolution Of Sporophytes – For W.B.C.S. Examination.

Evolution of Sporophyte in Bryophytes:

The sporophyte of bryophytes is called sporogonium which generally consists of a sin­gle, terminal sporangium (monosporangiate) with a bulbous foot and with or without an unbranched stalk or seta. The sporogonium is very delicate, short-lived and nutritionally dependent on its gametophyte.Continue Reading Botany Notes – On Evolution Of Sporophytes – For W.B.C.S. Examination.

There are two opposing theories regarding the evolution of sporophyte in bryophytes:

(i) Theory of Progressive evolution i.e., Evo­lution of sporophytes by the progressive sterilisation of potentially sporogenous tissue:

This theory was advocated by Bower (1908- 35) and supported by Cavers (1910) and Campbell (1940). According to this theory, the primitive sporophyte of bryophytes was simple and most of the sporogenous tissue was fertile (e.g., Riccia) and from such a sporophyte, the more complex sporophytes (e.g., mosses) have been evolved by the progressive sterilisation of potential sporogenous tissue. This theory is also known as “theory of sterilisation”.

The increasing sterilisation of sporogenous tissue from simple sporophyte of Riccia to the most complex type of Funaria can be arranged through the following stages:

The simple sporophyte of Riccia consists of a single-layered sterile jacket enclo­sing sporogenous cells with a very few absorp­tive nutritive cells (nurse cells). The zygote divides by a transverse wall, followed* by a vertical wall to form a four-celled embryo. Subsequently 20-30 celled embryo is formed by further divisions, in which periclinal divisions differentiate a single layered outer amphithecium and the inner multicellular mass, the endothe­cium.

Here the zygote has no polarity. The amphithecium forms the sterile jacket while the whole sporogenous cells (endothecium) differen­tiates into spores with a very few sterile nurse cells, possibly the forerunners of elaters.

In this stage, the zygote divides transversely to form a hypobasal and an epibasal cells. A small foot is formed from the hypobasal cell. The epibasal cells differentiates into an outer amphithecium and inner endothe­cium.

The amphithecium forms a single-layered sterile jacket of the capsule, while the endothe­cium differentiates into fertile sporocytes and long sterile elater-like nurse cells without the thickening bands. Thus, the zygote has polarity showing more sterilisation of sporogenous cells like nurse cells and sterile foot. This stage has been noted in Corsinia.

The development of sporo­phyte is like that of Corsinia, but there is more sterilisation of sporogenous tissue. This condition is noted in Sphaerocarpus sporophyte which consists of a sterile bulbous foot, a narrow sterile seta developed from hypobasal cell and a fertile capsule developed from endothecium containing sporocytes and sterile nurse cells.

This stage is represented by Targionia, where the sporophyte consists of a sterile bulbous foot, a sterile narrow seta and a fertile capsule. Here about half of the endothe­cial cells produce fertile sporogenous tissue, while the remaining half gives rise to sterile elaters with 2-3 spiral thickening. Hence, in Targionia, more sterilisation of sporogenous tissue has been observed.

This stage is illustrated by Marchantia, where further sterilisation of sporogenous tissue has been noted in compari­son with Targionia. In Marchantia, the sterile tissue consists of a broad foot, a massive seta, a single-layered jacket of capsule, sterile apical cap at the apex of capsule and a large number of long elaters with spiral thickening.

This stage is represented by some members of Jungermanniales like Pellia, Riccarclia, etc. Here more sterilisation of sporogenous tissue has been observed. Sporophyte is differentiated into foot, seta and capsule having multilayered jacket. The sporoge­nous tissues produce mass of sterile elatophores and diffuse elaters.

This stage is illustrated by members of Anthocerotophyta like Anthoceros. Here marked reduction in the sporogenous tissue has been noted. The multilayered capsule diffe­rentiates into epidermis with stomata and chloro­phyllous cells.

The central columella derived from endothecium is composed of 16 vertical rows of sterile cells. The further sterilisation of sporogenous tissue has been observed in the for­mation of pseudoelaters which are elongated 3-4 celled, simple or branched structure without thickening band.

The members of Bryopsida like Funaria, Polytrichum, Pogonatum etc., show the highest degree of sterilisation. The sporophyte is differentiated into a foot, a long seta and a capsule. The sterile tissue of capsule consists of the apophysis, operculum, many- layered jacket, the columella, trabeculae, the wall of spore sac and the peristome. The sporogenous tissue is restricted to the spore sacs only, hence it forms a negligible portion in the sporophyte.