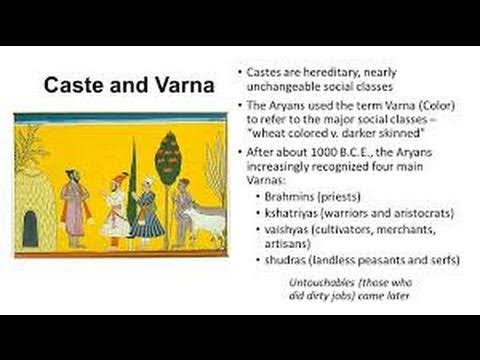 The flair of understanding literature is required. The knowledge of English is one aspect but critically examining the literary aspect is another or different angle to understand literature. If you are a beginner, you can start with summary of the stories with the help of following books. But, these are strictly recommended as supplementary books to develop interest or just to start.English is a very important part of W.B.C.S. Examination , covering a fair amount of the syllabus both in the prelims and the mains examination.English is full of confusing words that sound alike but are spelled differently.Regular practice and following previous years question papers can help in scoring a fair amount of marks in the W.B.C.S. Examination.Caste and Varna are two separate concepts. The Hindu theory of social organisation has referred to varnashram organisation, where Varna and the ashram organisations are perceived as two separate organisations. Ashram organisation refers to the conduct of individual in the world (i.e., nurture) in different stages of his life, while the varna organisation refers to the work that an individual would undertake in society according to his position in relation to group and with reference to his innate nature and his tendencies and dispositions.Continue Reading Caste And Varna – Essay Composition – For W.B.C.S. Examination.

Though in Rig Veda, there is mention of two varnish— Arya and Dasa—and the division of society into three or­ders—Bramha (priests), Kshatra (warriors) and Vis (common people) but there is no mention of the fourth order, i.e., Sudras. However, there is a reference to groups despised by the Aryans, like Ayogya, Chandal, and Nishad, etc. These four orders ultimately became four varnas.

There was nothing like lower or higher varna in the Vedic period. The division of so­ciety in four varnas—Brahmin, Kshatriya, Vaishya and Sudra—was base d on the division of labour. Members of each Varna performed different functions (of priests, rulers and fighters, traders and serviles respectively), worshipped different dieties and followed different rituals but there were no restrictions on the commensal or social relations or even on the change of membership from one to other Varna.

Later on, however, as we pass from the Vedic period (4000-1000 B.C) to the Brahmanic period (230 B.C. to 700 A.D), the four varnas came to be arranged hierarchically, with Brahmins at the top. According to one view, varna means colour and, therefore, perhaps the division of society was based on fair and dark colours respectively. Hutton (1963:66) believes that it is possible that this colour distinction is in some way associated with race. According to Ho- cart (1950:46), however, the colour has a ritual and not a racial significance.

Varna, thus, provided a framework which conditioned all Indian thinking about and reaction to caste (Hsu, 1963:96). Srinivas (1962:69) also suggests that varna has provided a common social language which holds good for India as a whole, i.e., it has enabled ordinary men and women to grasp the caste system by providing them with a simple and a clear scheme which is ap­plicable to all parts of India. He further holds that the importance of the varna system consists in that it furnishes an all India frame into which the jatis occupying the lower rungs have throughout tried to raise their status by taking over the customs and rituals of the top jatis. This has helped the spread of a uniform culture throughout the Hindu society.