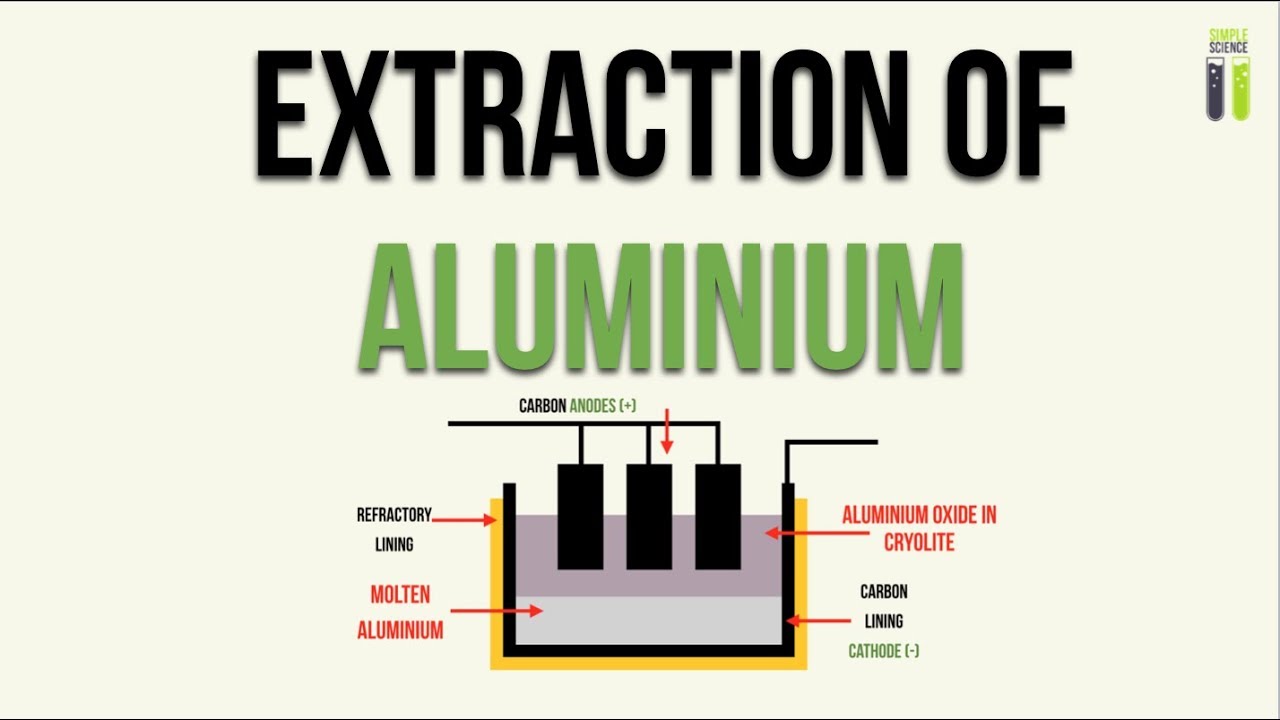 Chemistry Notes On – Extraction Of Aluminium – For W.B.C.S. Examination.

A soft, silvery-white, corrosion resistant metal. It is the most abundant metal in the earth’s crust as it makes up 8% of the crust and it is the third most abundant element after oxygen and silicon. Bauxite ore (Al2O3.xH2O) is the major source of aluminium till date which is a mixture of hydrated aluminium oxide.Continue Reading Chemistry Notes On – Extraction Of Aluminium – For W.B.C.S. Examination.

Aluminium can also be recovered from cryolite (Na3AlF6) and alunite. It is also found in gemstones such as garnet, topaz and chrysoberyl. The chemical symbol of this metal is Al. In the boron group with symbol Al, aluminium is a chemical element and is the most commonly used non-ferrous metal.

Pure aluminium is a silver-white metal with many desirable features. It’s light, non-toxic, non-magnetic, and non-sparking. It’s a bit ornamental. It’s created, machined, and cast readily. Pure aluminium is soft and lacks strength, but it has very helpful characteristics for alloys with tiny quantities of copper, magnesium, silicon, manganese and other components.

The Hall-Heroult process is widely used in the extraction of aluminium. In Hall-Heroults process, pure Al2O3 is mixed with CaF2 or Na3AlF6. This results in lowering of the melting point of the mixture and increases its ability to conduct electricity.  A steel vessel with the lining of carbon and graphite rods is used.

The carbon lining acts as cathode and graphite act as an anode. When electricity is passed through the electrolytic cell which consists of carbon electrodes oxygen is formed at the anode. This oxygen formed reacts with the carbon of the anode to form carbon monoxide and carbon dioxide. In this method of production of aluminium for every 1 kg of Al produced, approximately 0.5 Kg of carbon anode is burnt.

The overall reaction is:

The electrolytic reactions are:

During the process of electrolysis,

In the electrochemical sequence means reactivity series, aluminium is too big to be removed from its ore by carbon reduction. The required temperatures are too high to be economical.