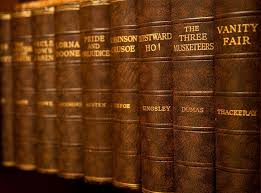 Comparative Literature Notes On – Literature Of The Ancient World – Western – For W.B.C.S. Examination.

Western literature, history of literatures in the languages of the Indo-European family, along with a small number of other languages whose cultures became closely associated with the West, from ancient times to the present.Continue Reading Comparative Literature Notes On – Literature Of The Ancient World – Western – For W.B.C.S. Examination.

Diverse as they are, European literatures, like European languages, are parts of a common heritage. Greek, Latin, Germanic, Baltic and Slavic, Celtic, and Romance languages are all members of the Indo-European family. (Finnish and Hungarian and Semitic languages of the eastern Mediterranean, such as Hebrew, are not Indo-European. Literatures in these languages are, however, closely associated with major Western literatures and are often included among them.) The common literary heritage is essentially that originating in ancient Greece and Rome. It was preserved, transformed, and spread by Christianity and thus transmitted to the vernacular languages of the European Continent, the Western Hemisphere, and other regions that were settled by Europeans. To the present day, this body of writing displays a unity in its main features that sets it apart from the literatures of the rest of the world. Such common characteristics are considered here.

The stark fact about ancient Western literature is that the greater part of it has perished. Some of it had been forgotten before it was possible to commit it to writing; fire, war, and the ravages of time have robbed posterity of most of the rest; and the restitutions that archaeologists and paleographers achieve from time to time are small. Yet surviving writings in Greek and far more in Latin have included those that on ancient testimony marked the heights reached by the creative imagination and intellect of the ancient world.

Five ancient civilizations—Babylon and Assyria, Egypt, Greece, Rome, and the culture of the Israelites in Palestine—each came into contact with one or more of the others. The two most ancient, Assyro-Babylonia, with its broken clay tablets, and Egypt, with its rotted papyrus rolls, make no direct literary signal to the modern age; yet Babylon produced the first full code of laws and two epics of archetypal myth, which came to be echoed and re-echoed in distant lands, and Egypt’s mystical intuition of a supernatural world caught the imagination of the Greeks and Romans. Hebrew culture exerted its greatest literary influence on the West because of the place held by its early writings as the Old Testament of the Christian Bible; and this literature profoundly influenced Western consciousness through translation from about the time of St. Augustine onward into every vernacular language as well as into Latin. Until then, Judaism’s concentrated spirituality set it apart from the Greek and Roman world.

Though influenced by the religious myths of Mesopotamia, Asia Minor, and Egypt, Greek literature has no direct literary ancestry and appears self-originated. Roman writers looked to Greek precept for themes, treatment, and choice of verse and metre. Rome eventually passed the torch on to the early Middle Ages, by which time Greek had been subsumed under a wholly Latin tradition and was only rediscovered in its own right at the Renaissance—the “classical” tradition afterward becoming a threat to natural literary development, particularly when certain critics of the 17th century began to insist that the subjects and style of contemporary writing should conform with those employed by Greece and Rome.

All of the chief kinds of literature—epic, tragedy, comedy, lyric, satire, history, biography, and prose narrative—were established by the Greeks and Romans, and later developments have for the most part been secondary extensions. The Greek epic of Homer was the model for the Latin of Virgil; the lyric fragments of Alcaeus and Sappho were echoed in the work of Catullus and Ovid; the history of Thucydides was succeeded by that of Livy and Tacitus; but the tragedy of the great Athenians of the 5th century BC had no worthy counterpart in Roman Seneca nor had the philosophical writings of Plato and Aristotle in those of any ancient Roman, for the practical Romans were not philosophers. Whereas Greek writers excelled in abstraction, the Romans had an unusually concrete vision and, as their art of portraiture shows, were intensely interested in human individuality.

In sum, the work of these writers and others and perhaps especially that of Greek authors expresses the imaginative and moral temper of Western man. It has helped to create his values and to hand on a tradition to distant generations. Homer’s epics extend their concern from the right treatment of strangers to behaviour in situations of deep involvement among rival heroes, their foes, and the overseeing gods; the tragedies of Aeschylus and Sophocles are a sublime expression of man’s breakthrough into moral awareness of his situation. Among Roman authors an elevated Stoicism stressing the sense of duty is common to many, from Naevius, Ennius, and Cato to Virgil, Horace, and Seneca. A human ideal is to be seen in the savage satire of Juvenal and in Anacreon’s songs of love and wine, as it is in the philosophical thought of Plato and Aristotle. It is given voice by a chorus of Sophocles, “Wonders are many, but none is more wonderful than man, the power that crosses the white sea. . . .” The human ideal held up in Greek and Latin literature, formed after civilization had emerged from earlier centuries of barbarism, was to be transformed, before the ancient world came to its close, into the spiritual ideal of Judeo-Christianity, whose writers foreshadowed medieval literature.