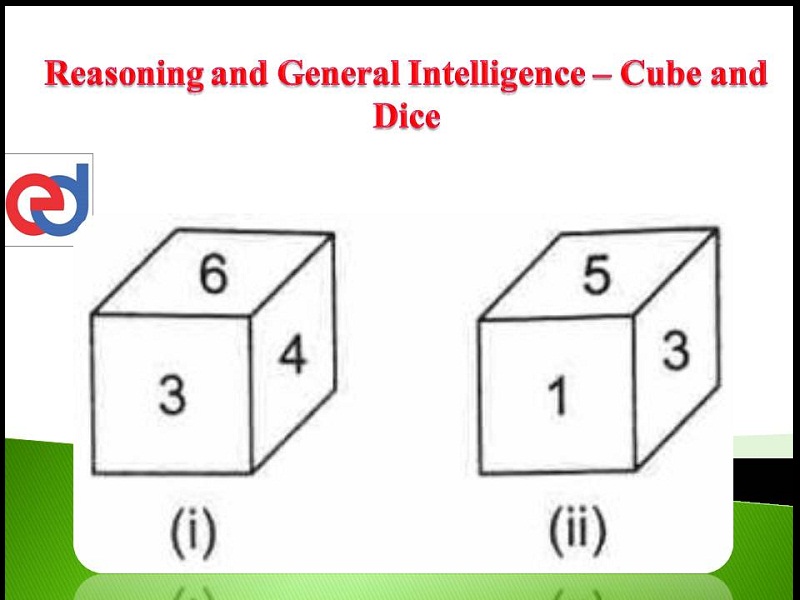 Cubes is one of the most frequently asked puzzle topics in W.B.C.S Examination. These puzzles require us to think visually about the puzzle, which makes it somewhat tougher than other type of puzzles. We will discuss the basic concepts of the cube and few things that we would be using is majority of the puzzles related to cubes. Cube related puzzles are asked in a number of ways unlike selection or arrangement puzzles, where the primary pattern remains the same.Continue Reading Cube – Logical Reasoning – For W.B.C.S. Examination.

Few things to remember while dealing with a cube:

If we make one cut parallel to the base (say x-axis) and another cut perpendicular to the first cut (say y axis), the second cut will divide each of the two solids we get from the first cut into two pieces. We get total 4 pieces or 4 parts of the initial big cube. Similarly, another cut parallel to both the previous cuts (z-axis) will further divide these 4 pieces into two pieces each, thus making the total pieces as 8. When we analyze this, we see that when we make X mutually parallel cuts along x-axis, Y mutually parallel  cuts along y axis and Z mutually paralel cuts along z axis we get (X+1)*(Y+1)*(Z+1) pieces of the original cube. X cuts along x itself will produce X+1 pieces and when we cut each of those pieces with Y cuts, each of them will produce Y+1 pieces and similar with Z cuts.

Note that, all the pieces will not necessarily be cubes. They can be cubes or cuboids. All the pieces are cubes when X = Y = Z and all the cuts are equidistant.This is the scenario when the number of cuts are given to us. Sometimes, we are given the sum of X + Y + Z instead of individual values.

MINIMUM NUMBER OF PIECES WITH A GIVEN TOTAL NUMBER OF CUTS

When we are given total number of cuts, the cuts can be made in any axis. Say if we make total 12 cuts, all 12 can be in x-axis, or 6 in x and 6 in y-axis etc. For a given number of cuts, we can have a number of combinations. We get the minimum number of pieces when all the cuts are made in the same axis. If we make all 12 cuts along x-axis, total 13 pieces are formed. All other combinations will result in more than 13 pieces. Let’s say, 11 cuts along x-axis and 1 cut along y. The total number of pieces formed is (11+1)*(1+1) = 24.

MAXIMUM NUMBER OF PIECES WITH A GIVEN TOTAL NUMBER OF CUTS

NUMBER OF CUTS FROM TOTAL NUMBER OF PIECES GIVEN

To maximize the total number of cuts, all the cuts are made in one axis. For instance, for 10 pieces, factors are 10*1*1 that means the x-axis cuts are 9 and no cut is made in other two axis.