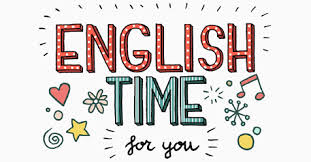 Arguably the first post-Romantic poet was a German, Heinrich Heine, but German poetry in the mid-19th century mostly followed Wordsworth, though new tendencies were to be found in August von Platen Hallermünde and an Austrian, Nikolaus Lenau.Continue Reading English Literature Notes On – Post-Romanticism – For W.B.C.S. Examination.

The principal development was to be seen in France in the growth of a movement known as Parnassianism. Originating with Théophile Gautier, Parnassianism in some ways was an offshoot of Romanticism rather than a reaction against it. In concentrating on the purely formal elements of poetry, on aesthetics, and on “art for art’s sake,” it changed the direction of French poetry and had much influence abroad. Its most illustrious representative was Charles Baudelaire, who believed that “everything that is not art is ugly and useless.” Another branch of new development was the growth of Impressionism and the Symbolist movement, a result of “borrowing” from movements in painting, sculpture, and music. Paul Verlaine, foremost of the Impressionists, used suggestion, atmosphere, and fleeting rhythms to achieve his effects. Symbolism, a selective use of words and images to evoke tenuous moods and meanings, is conveyed in the work of Stéphane Mallarmé and Arthur Rimbaud. The advance of French poetry in the middle and later part of the century was an achievement of individuals, based on invention of a personal idiom.

The spread of education and, in England, of circulating libraries increased a demand for novels. At the beginning of the 19th century Jane Austen had already satirized the excesses of the Gothic novel, a harbinger of medievalizing Romanticism in the latter part of the 18th century, in Northanger Abbey and the conflict of sense and Romantic sensibility in Sense and Sensibility. In France the conflict of intelligence and emotion appeared in the work of Benjamin Constant (Adolphe, 1816) and most notably in Le Rouge et le noir (1830) of Stendhal and later in Gustave Flaubert’s Madame Bovary (1857). The detailed verbal scrupulousness and Realism exhibited in the work of Flaubert and of Honoré de Balzac were carried forward by Guy de Maupassant in France and Giovanni Verga in Italy; they culminated in the extreme Naturalism of Émile Zola, who described his prose in novels such as Thérèse Raquin (1867) as “literary surgical autopsy.”

But Realism and nationalism seem irrelevant as descriptions of the great writers of the period—for example, George Eliot, Charles Dickens, and Thomas Hardy in England and Nikolay Gogol, Ivan Turgenev, Leo Tolstoy, Fyodor Dostoyevsky, and Anton Chekhov in Russia. In such writers there was a distinct bias toward literature with a social purpose, stimulated by awakening forces of liberalism, humanism, and socialism in many Western countries.

A decline of the Romantic theatre into melodrama was fairly general in Europe, and it was slower than the novel to take up problems of contemporary life. When revival came, through the work of a Norwegian, Henrik Ibsen, Romantic conflicts of visionary and realist, individual and society were restated, and this was true also of the plays of August Strindberg in Sweden. In Russia a modern theatre became a vital influence that could trace its beginnings back to Gogol’s Government Inspector (1836) but was to be felt later in the century in Turgenev’s Month in the Country (1850) and, above all, in the work of Anton Chekhov, a great dramatist of the period.