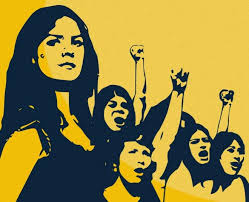 The subject of empowerment of women has becoming a burning issue all over the world including India since last few decades. Many agencies of United Nations in their reports have emphasized that gender issue is to be given utmost priority. It is held that women now cannot be asked to wait for any more for equality.Continue Reading Essay Composition On – Emerging Women Power – For W.B.C.S. Examination.

They have demanded equality with men in matters of education, employment, inheritance, marriage, politics and recently in the field of religion also to serve as cleric (in Hinduism and Islam). Women want to have for themselves the same strategies of change which menfolk have had over the centuries such as equal pay for equal work. Their quest for equality has given birth to the formation of many women’s associations and launching of movements.

The position and status of women all over the world has risen incredibly in the 20th century. We find that it has been very low in 18th and 19th centuries in India and elsewhere when they were treated like ‘objects’ that can be bought and sold. For a long time women in India remained within the four walls of their household. Their dependence on menfolk was total.

A long struggle going back over a century has brought women the property rights, voting rights, an equality in civil rights before the law in matters of marriage and employment (in India women had not to struggle for voting rights as we find in other countries).

In addition to the above rights, in India, the customs of purdha (veil system), female infanticide, child marriage, sati system (self-immolation by the women with their husbands), dowry system and the state of permanent widowhood were either totally removed or checked to an appreciable extent after independence through legislative measures.

Anything that makes a woman feel inferior and takes away her self-respect is abuse. Compulsory Registration of Marriage Act can be beneficial in preventing the abuse of insti­tution of marriage and hindering social justice especially in relation to women.

It would help the innumerable women in the country who get abandoned by their husbands and have no means of proving their marital status. It would also help check child marriages, bigamy and polygamy, enable women to seek maintenance and custody of their children and widows can claim inheritance rights. The Act is applicable on all women irrespective of caste, creed or religion. It would truly empower Indian women to exercise their rights.

To what extent legislative measures have been able to raise the status of women in India? Are women now feel empowered in the sense that they are being equally treated by men in all spheres of life and are able to express one’s true feminine urges and energies? These are the important questions to be investigated with regard to women’s empowerment in India.

We all know that girls are now doing better at school than boys. The annual results of Secondary and Higher Secondary Board examinations reveal this fact. More women are getting degrees than men, and are filling most new jobs in every field.

There was a time when women’s education was not a priority even among the elite. Since the last quarter of the 20th century and more so after the opening up of die economy, post-1991, a growing number of women have been entering into the economic field, seeking paid work (remunerative jobs) outside the family.

Women are playing bigger and bigger role in economic field: as workers, consumers, entrepreneurs, managers and investors. According to a report of The Economist, ‘Women and the World Economy’, in 1950, only one-third of American women of working age had a paid job.

Today, two-thirds do, and women make up almost half of American’s workforce. In fact, almost everywhere, including India, more women are employed, though their share is still very low. Manufacturing work, traditionally a male preserve, has declined, while jobs in services have expanded, reducing the demand for manual labour and putting the sexes on equal footing.

We can now see women in almost every field: architecture, lawyers, financial services, engineering, medical and IT jobs. They have also entered service occupations such as a nurse, a beautician, a sales worker, a waitress, etc.

They are increasingly and gradually seen marching into domains which were previously reserved for males (police, driver’s army, pilots, chartered accoun­tants, commandos). In spite of their increasing number in every field, women still remain perhaps the world’s most underutilized resources. Many are still excluded from paid work and many do not make best use of their skills.

The rapid pace of economic development has increased the demand for educated female labour force almost in all fields. Women are earning as much as their husbands do, their employment nonetheless adds substantially to family and gives family an economic advantage over the family with only one breadwinner.

This new phenomenon has also given economic power in the hands of women for which they were earlier totally dependent on males. Economically independent women feel more confident about their personal lives.

Hence, they are taking more personal decisions, for instance, about their further education, marriage, etc. More and more women want freedom of work and control their own reproduction, freedom of mobility and freedom to define one’s own style of life. It is contended that freedom leads to greater openness, generosity and tolerance.

This new pattern of working wives and mothers has affected the status of women in many ways. Women’s monetary independence leads them to the way to empowerment. Sociologist Robert Blood (1965) observes, ‘Employment emancipates women from domination by their husbands and secondarily, raises their daughters from inferiority to their brothers’ (Blood and Wolfe, 1965). In brief, economic independence of women is changing their overall equations, perspective and outlook.

Economic independence of women has also affected the gender relation­ships. New forms of gender relationships (live-in relationship are challenging the long-rooted conception of marriages as a permanent arrangement between families and communities.

In traditional marriages the relationships were hierarchical and authoritarian. The modem conjugal relationships are based on freedom and desire rather than convention. People’s attitudes about marriage are also changing.

Educated women now feel that there is more to life than marriage. They can get most of the things they want (income, status, identity) without marriage, while they find it harder to find a suitable accomplished mate. This is why their marriage is delayed.

With increasing literacy among women in India, their entry into many types of work, formerly the preserve of men, women can now look upon the bearing and raising of their children not as a life’s work in itself but as an episode. It women have started taking men’s work, it could be said that men have taken over women’s.

Young fathers could be seen wash up and making beds, caring of the young and doing many other domestic works. The division of labour between sexes has changed somewhat. They do similar work and share both household activities and tastes. Women wear trousers, jeans, suits and put on ties.

The facts about working wives suggest a basic change in Indian family. The traditional (nuclear) household, in which the husband works and the wife remains at home to care for the children, though still a dominant pattern, is changing gradually but steadily.

A new pattern is emerging in which both partners work outside the home but do not share equally in housework and child care as we see in Western families. In India, the paternalistic attitude of the male has not undergone much change.

In spite of such drawbacks and hurdles that still prevail, Indian women (especially educated) are no longer hesitant or apologetic about claiming a share and visibility within the family, at work, in public places, and in the public discourse.