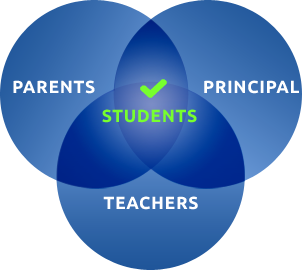 Education is one of the fundamental rights guaranteed in our constitution. Education brings perspective to human beings. The difference between being educated and uneducated is that, education helps a man become learned and gives him a good direction in his life.

It helps him find good jobs according to the degrees he has earned for himself and helps him achieve a good status in society. An uneducated person comes across as an ignorant and not-so knowledgeable man and usually finds himself in a complex situation when around educated people. In this article, we learn more about the role of politics in education and how they can affect the education system against society’s welfare.

Political science is a subject that those students prefer who wish to get into politics as a career for the future, but the enrolment of politicians in such formal courses before they actually turned politicians is very scarce or negligible. Whether politicians actually have a formal background in education or have sought training before entering into active politics is questionable.

There is hardly anyone who likes to answer it in reality. But when we talk about apolitical education, our concerns are totally different.  If we were to see a connection between education and politics, we come across many a links to check. Today, most of the schools and colleges are set up by the top politicians of our country whose primary motive is to squeeze the pockets of common men to enrich their treasures.

They may provide good education amenities, but it’s certainly difficult to take out politics from education at such center. Politicians try to woo students with their way of thinking by telling young minds to adhere to their policies and principles.

Apolitical education means setting up an education system that is provided by, set up and nurtured by a panel consisting of the country’s top intellectual minds, scientific achievers and scholars with an unbiased frame of mind. Essentially we should take care that they are not propagating any particular political party and are not participating in active politics of any form.

By not being in politics whatsoever, we can ensure that such an eminent panel does not throw any kind of bias in the education system.  If we were to consider a committee preparing text books for schools, the authorities should be totally pro-education having neutral and open views towards society and not aligned towards any one political set up or system.

This power of setting up such a neutral thinking panel actually lies in the hands of the government serving the country at the centre. So in short, the present government at the centre should effectively take steps to set up a pro-country panel that involves in disbursing education without the elements of politics in them.

Whenever there is an election taking place at schools or colleges, especially at college levels, we can find a lot of events taking place that may be politically influenced. That is because college elections are taken over by those students who have a personal link or connection with politics and participate in elections to show their political power in their place of study as well.

The students’ councils at famous colleges are so politicised that every other important decision becomes a politically decided factor and not merging with the standards of the school principles.

How to make our education apolitical?

When we increase the proximity of politics in our education, the value of the whole system is certainly brought down to low standards. Today we hear a lot about saffronization of education. Let us try to understand this from a political point of view. When a political party ‘A’ with a certain set of values is in power at the centre, it tries to influence the masses with their political view point.

So, it brings about a revision of syllabus and alters the curriculum and contents according to their stance and opinions. Basically, the education system becomes a pawn in the hands of the political party carrying on the current regime.

We are left wondering if educational centers in our country actually teach our kids to become knowledgeable and learned or impart things that are part of a greater selfish motive of a certain political party.

Similarly when another political party holds place in the centre in the next term, it tries to push its party’s agenda by captivating the education system. So, on a general note the political parties try to play double games in the name of power and actually steal the common masses of their rights to liberal education.

What we get at the end is the disposal of politicized education that has the thoughts and insights of a particular political party and not information or knowledge as is.

The next big question the country is facing as a challenge is how to make our education system apolitical and how to save our education from the clutches of a few influential political bigwigs. The answer to this is simple yet complicated and entangled in a complex array of issues.

When a politician decides to open a school or college using his money power or influence, he puts in his party’s perspectives at first and this enters young minds that are forced to think on similar lines. This is a common scenario happening at every other place in our country.