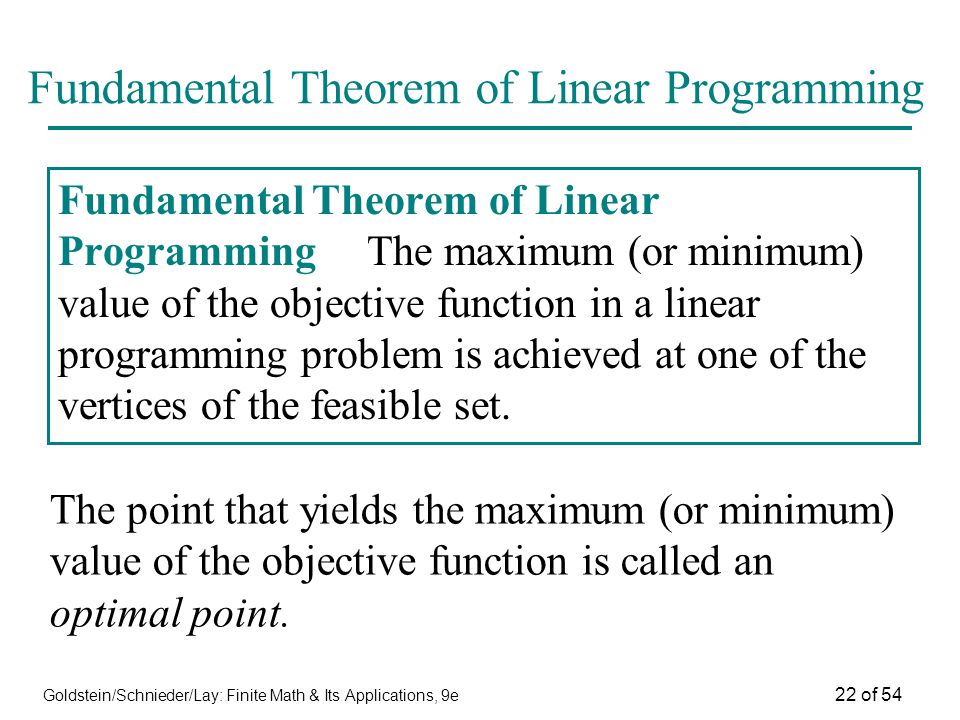 We establish the validity of Theorem 1, through a series of observations:Continue Reading Fundamental Theorem Of LPP – Mathematics Notes – For W.B.C.S. Examination.

The discourse of the previous proof has also revealed a very important property of extreme points: At these points, the number of binding constraints is such that it allows zero “degrees of freedom”, or, in other words, these constraints define the point uniquely. Starting from this observation, in the next section we provide a series of algebraic characterizations of the extreme points, which will eventually allow us to analytically manipulate the set of extreme points of an LP, in the context of the Simplex algorithm. As it has been previously mentioned, this algorithm exploits the result stated in the Fundamental Theorem above, by limiting the search for an optimal solution over the set of extreme points of the polytope defining the LP feasible region. In the next section, we shall show that this set is finite and discrete, so it can even be exhaustively enumerated. Simplex algorithm provides an efficient way to search this set.