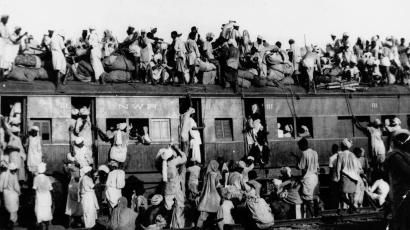 History Notes On – Could Partition Of 1947 Be Avoided – For W.B.C.S. Examination.

Seventy years ago this week, India and Pakistan became independent from the British Empire. The celebrations were cut short as the partition on religious lines ripped the subcontinent apart. Partition changed millions of lives, and the shape of the world, forever.Continue Reading History Notes On – Could Partition Of 1947 Be Avoided – For W.B.C.S. Examination.

No one knows exactly how many were beaten, mutilated, tortured or raped in communal violence between Hindus, Sikhs and Muslims. The death toll has been estimated at 200,000 to two million. Between 10 million and 20 million people were displaced.

Who was to blame? Many in India, Pakistan, Bangladesh (which was East Pakistan until 1971) and Britain have asked that question. There are plenty of candidates. Among the principal players, almost everyone in this story made a decision or misjudgment that contributed to the eventual disaster.

Lord Mountbatten, the last viceroy, was told by the British prime minister, Clement Attlee, in March 1947 to negotiate an exit deal with Indian leaders by October; if he could not, Britain would leave India with no deal by June 1948. The decision to speed this up and leave on Aug. 15 was Lord Mountbatten’s. The decision to grant this power to Lord Mountbatten, a naval officer nicknamed the “master of disaster” in the admiralty for his propensity to damage warships by precipitate action, was Mr. Attlee’s.

Neither Jawaharlal Nehru, the incoming prime minister of India, nor Muhammad Ali Jinnah, the first governor-general of Pakistan, foresaw the scale of the coming violence. Mr. Nehru had told a journalist in 1946 that “when the British go, there will be no more communal trouble in India.” Mr. Jinnah had pushed for the partition to create Pakistan, a homeland for Muslims, who would otherwise be a minority in a Hindu-dominated superstate. He was backed by British imperialists, notably Winston Churchill, who believed Pakistan would prove a faithful friend to the West and a bulwark between the Soviet Union and a socialist India.

In 1946, a British Cabinet Mission appointed by Mr. Attlee to negotiate the transfer of power had proposed a 10-year federation in India. This would have given the new Indian authorities a decade’s experience of governing before any partition and was probably the last real chance of avoiding it altogether. The plan was accepted by Mr. Jinnah but was wrecked by the revered Mahatma Gandhi.

Beyond the leaders, every ordinary person who picked up a weapon and used it against his neighbor bore responsibility for his own action. For every rape, there was a rapist; for every murder, there was a murderer.

Yet this catastrophe was caused not only by individuals, great or small, but also by the system that was failing around them: an unpopular and chaotic British Empire. Rived by political violence for its entire existence, the empire had long resisted democratization and had institutionalized differences based on identity between its subjects as a matter of policy.