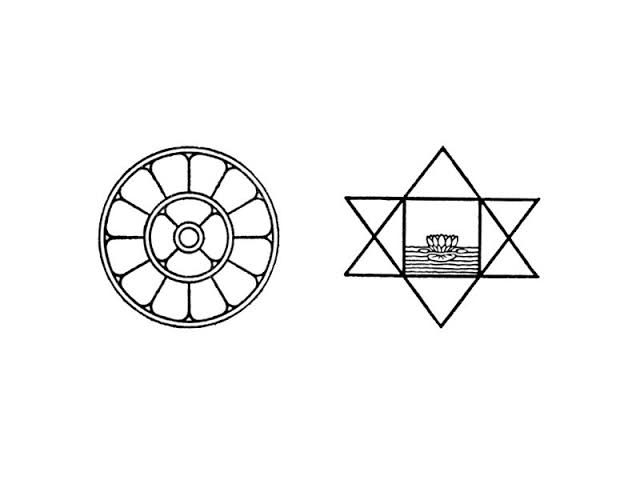 Aurobindo had a clear system of practice that he called integral yoga, as it was based on a synthesis of different paths of yoga. He said that the practice does not proceed through any set mental teaching or prescribed forms of meditation, but by aspiration, by self-concentration inwards or upwards, by self-opening to the Divine Power above us and its workings.Continue Reading Integral Yoga Of Sri Aurobindo – Philosophy Notes – For W.B.C.S. Examination.

Aspiration is not desire, but the need of an inner soul, of one quiet settled will, to turn towards the Divine and seek the Divine. Every person will approach his spiritual path differently according to his own uniqueness, but the aspiration and the surrender is key. The Divine is already in ourselves, and we have to learn to direct our attention to it, and to let it work in our practice and lives. According to Aurobindo there are two ways to do practice: one by knowledge and by one’s own efforts; the other by reliance on the Mother when one starts to develop trust and surrender to the Divine. If one relies solely on one’s effort it can be a difficult and long process. It can be a good beginning, and then it is best to focus on the Mother.

The Mother is not some mythological goddess entity. The Mother is the consciousness and force of the Divine. While the Supreme Self is inactive, a silent witness, its dynamic aspect, which takes on the form of the Mother, can bring down the Force of the Divine, and help the practitioner to clear out any confusion, and lead him to the higher consciousness. Therefore it is always good to stay open to the Mother, because then one will start to live for the Divine, and not for the ego. It is important to understand that the Divine (in yourself) always knows the right way of how to proceed in your practice. Although one can see the Mother as the dynamic force of the Divine that encompasses the All (and even personify it), the nature of the Mother is also in oneself and directly accessible.
The spiritual practice consists of purifying one’s nature, the opening of the psychic being (which is mind, emotions and physical body). One first withdraws his attention into his inner nature, before one makes contact with the Divine. One realizes that the Divine is in all beings and things. Man on Earth is not here to do what he wills, or what he likes. We are here to do what the Divine wills and to create a world in which the Divine Will can manifest its truth no longer deformed by human ignorance or perverted and mistranslated by vital desire. Therefore a spiritual practice is not to be undertaken for some self-seeking purpose, but for the sake of the Divine itself.
Normal men live in a consciousness that is quite superficial, in which everything is limited and temporal. In his ordinary life man’s consciousness is separated from his own true self and the Divine. He is being led by common habits of the mind, life and body, and thus in Ignorance. The mind can be cleared and purified, and its instrument, the intellect, can be used to reason about Divinity. However when consciousness remains in the mind realm, it will never be able to know what the Divine really is. However one can shift one’s focus above the mind, to his higher consciousness, what Aurobindo calls the Supramental Consciousness (above the mind), also called the Self, the Spirit, the Divine. One can live entirely in this spiritual consciousness, while in the physical body. In the Supramental Consciousness there is all knowledge of self. It is self luminous. It knows no divisions, oppositions or separations.
Although some practitioners seek to withdrawn from the world, and ascend into the higher realms, Aurobindo was of the opinion, that although ascetism has its place, one can explore the upper world, and live in the Realm of the Spirit, and at the same time, one can bring the Divine down into the material and into every day life. This is a matter of manifesting the Divine into the physical plane. Most yogis aim at leaving behind the body, the vital (emotions) and the mind, and to dwell or disappear into the Divine Consciousness. With Aurobindo’s system one not only ascends through the body, vital and mind into the Divine or Supramental consciousness, but then brings this Supramental Consciousness down into the mind, vital and finally into the body, and thus into our every day life. Body, vital and mind are not something to get rid of. Man would not then have a divine life here on Earth. The purpose of Aurobindo’s system is to reach the higher consciousness while being fully in the body, on Earth, and not to try to get away from Earth for some higher dimension. As most yogis were only interested in an ascent, a going up into the Supramental realm, Aurobindo also promotes bringing down the supramental power into matter and body, and thus let it fulfill itself here on earth by removing the limitations that Nature has up to now. Then the world will slowly change and establish a harmony that will resonate throughout the world. Only a few advanced yogis have ever reached that state, but Aurobindo sees this as a new step in the evolution of humanity. The Supramental Power is being established in the earth-consciousness as a living force. A greater unity, harmony and light would emerge everywhere.
In contrast with certain Hindu traditions, which see the world as an Illusion (Maya), or a Play (lila) of the Divine, Aurobindu sees the created world as a field of manifestation, which is as real as the Divine itself, in which there is a progressive evolution of the soul in Matter until it reaches complete revelation or unity with the Ultimate Reality.