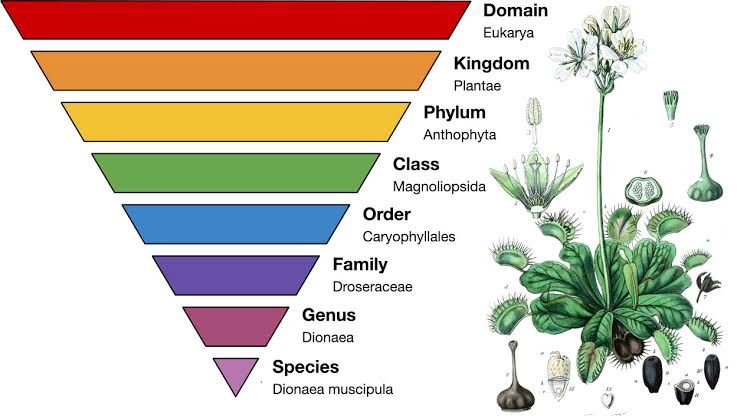 Botany is highly scoring optional subject in W.B.C.S. Mains exam. This is one of the optional subjects that the WBCS offers candidates in the mains exam. Not many candidates opt for it as it is a specialized subject. This article talks about Botany as an optional for the W.B.C.S. mains exam and gives a few tips to prepare for this optional. It will be difficult to any aspirants does not have a prior knowledge of Botany and Agriculture.Also, aspirants with a background in biotechnology can also opt for this optional subject.Continue Reading Plant Resource Development – Botany Notes – For W.B.C.S. Examination.

The plant resources form an integral part of a huge inter-dependent system that encompasses the physical components and the biological community of life. These resources have enormous prospective benefits to humankind. The ever-increasing population and climate change over the years have contributed substantially to the pressure on plant resources leading to their decline or loss in nature. Hence, there is an immediate need to develop suitable conservation strategies for proper utilization and sustainability of these important resources.Previous Years Question Papers are a must when it comes to preparing for Optional subjects.

An estimated 216 Wastewater Treatment Plants and Water Resource Recovery Facilities (WRRF) out of total 1240 with operating AD systems for sewage sludge or wastewater solids in the US haul in food waste (primarily fats, oils, and grease) for codigestion. This accounts for approximately 17% of WRRFs that process sewage sludge using anaerobic digestion, and with another 3600 WRRFs with no current AD systems, there is a huge potential to utilize existing WRRFs for food waste to energy (USDA-US EPA-US DOE, 2014).

Some of the advantages of WRRFs in operating AD systems are the availability of trained wastewater and AD staff and 24/7 operation; existing infrastructure for receiving and managing food waste and digester effluent; opportunities for combined heat and power (CHP) application; large electrical load at the WRRFs and opportunities for in-facility use of generated energy; and proximity to electric grid, gas pipeline, and urban centers for biofuel sale. However, it would take capital improvements in food waste receiving and storage, AD system expansion, and energy generation equipment at WRRFs where food waste codigestion and energy generation is found feasible. Waste tipping fees to food waste generators, long-term waste stable contacts with waste haulers and waste generators, and collection efficiency from small and medium waste generators would be critical for new AD projects and expansion to food waste codigestion at WRRFs.Also read notes on , W.B.C.S. Examination Notes On – Chemistry – Clausius-Clapeyron Equation.

An example is the Lucas Co WRRF (Lucas County, Ohio, 2017) in Ohio, which signed an agreement in 2017 for the improvements to the anaerobic digesters with Quasar Energy Group from Ohio, who operates several AD systems at WRRFs, centralized and farm locations (Quasar Energy Group, Ohio, 2017). The improvements include refurbishing the existing four digesters, construction of a dual purpose building for receiving and dewatering solids, construction and installation of the necessary tanks and heating equipment to produce Class A biosolids, installation of two one-megawatt generators, installation of two new centrifuges for solids dewatering, and construction of an arched roof system to cover the biosolids storage pad. The improvements will allow the WRRF to become more energy independent through cogeneration of electricity while producing a higher quality of biosolids (from Class B to Class A) for reuse.

There are several types of aquatic plant resources, and they provide several aquatic ecosystem services and functions through supporting and regulating these functions. They provide spawning and breeding grounds and shelter for a variety of fish species in Nigeria (Imevbore & Bakare, 1974). Certain aquatic macrophytes have been reported as feedstuffs for carnivorous fish fingerlings (Agbogidi, Bamidele, Ekokotu, & Olele, 2000). Duckweed (Lemna spp.) has been reported as a supplementary low-cost feed for Nile tilapia (Oreochromis niloticus) monoculture (Chowdhury, Shahjahan, Rahman, & Islam, 2008). Duckweed also serves as a phytoremediation plant for sewage, animal waste, nitrogen, and phosphate-polluted water, as well as feedstuff for cows, pigs, and chickens.

Aquatic macrophytes have also been reported as food, as well as providing some medical and health-related services for humans (Mbagwu & Adeniji, 1988). They have been reported as food for the humans in the Kainji shores and within the Delta of River Niger and food for aquatic fauna such as turtle and fishes (Ayeni, Obot, & Daddy, 1999; Kio & Ola-Adams, 1987). In the mangrove swamp of the Niger Delta, mangrove palm (Nypha fruticans) is harvested for alcohol, sugar, and vinegar (Maltby, 1986). Two wild rice varieties (Oryza longistaminata (northern states) and Oryza punctata (floodplains of the Cross River)) are important species collected at the local level for food. However, the importance and potential of these varieties have not yet been determined for Nigeria. Rhizome, floral receptacle, and fruits of Nymphaea lotus (water lily) are either eaten raw or cooked for food (Kio & Ola-Adams, 1987), and Ludwigia stolonifera is used as an ingredient for soup in the Yelwa area of Kebbi State (Obot & Ayeni, 1987).