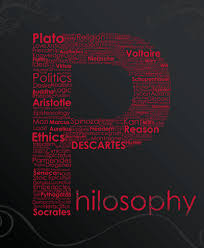 The immediate consequence that follows a criminal act is known as punishment. Thus, punishment is defined as suffering, loss, pain, or any other penalty that is inflicted on a person for the crime by the concerned authority. There are different theories of punishment in law.Continue Reading Punishment – Philosophy Notes – For W.B.C.S. Examination.

The retributive theory assumes that the punishment is given only for the sake of it. Thus, it suggests that evil should be returned for evil without taking into consideration any consequences. There are two theories in which this theory can be divided further. They are specific deterrence and general deterrence.

While a general deterrence is designed to avoid future crime. So, this is done by making an example of each defendant. Thus, it frightens the citizens to not do what the defendant did.

Retribution is the most ancient justification for punishment. This theory insists that a person deserves punishment as he has done a wrongful deed. Also, this theory signifies that no person shall be arrested unless that person has broken the law. Here are the conditions where a person is considered as an offender are:

This theory has used a restraint that an offender if repeats the criminal act is culpable for death, exile or imprisonment. The theory gets its importance from the notion that society must be protected from criminals. Thus, the punishment here is for solidarity and defense.

The modern criminologists saw the preventive theory from a different view. They first realized that the social and economic forces should be removed from society. Also, one must pay attention to individuals who show anti-social behavior. This is because of psychological and biological handicaps.

Deterrence and retributive are examples of classical and non-classical philosophies. The reformative theory was born out of the positive theory that the focal point of crime is positive thinking. Thus, according to this theory, the objective of punishment needs to be reformation by the offender.

So, this is not a punishment virtually but rather a rehabilitative process. Thus, this process helps in making a criminal a good citizen as much as possible. Furthermore, it makes the citizen a meaningful citizen and an upright straight man.