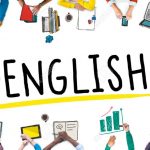 The climatic conditions in India have the following salient features.Continue Reading Salient Features Of The Climate Of India – W.B.C.S. Examination – Essay Composition.

1. The Reversal of Winds:

The climate of India is characterised by the complete reversal of the wind system with the change of seasons. During the winter season, the winds generally blow from northeast to southwest (land to sea), while in summer season the winds blow from southwest to northeast (sea to land).

These alternate high and low pressure areas control the direction, intensity and flow of winds in the respective seasons. That is why the winds are generally offshore and dry during the winter season and onshore and wet during the summer season.

The amount of annual rainfall received in various parts of India varies just not regionally, but also seasonally.

About 80 per cent of the total rainfall is received during the short rainy season (June to September). As the rainfall is in the form of heavy downpour, it creates problems of floods and soil erosion. Sometimes there is continuous rainfall for many days and sometimes there is a long dry spell.

A constant and continuous change of weather has been observed over India. Although there are three main seasons summer, winter and rainy, but in many parts the number may go up to six seasons. This multiplicity of seasons shows the quick changing nature of weather conditions in India.

Due to the variations in the amount of rainfall in different parts of India, natural calamities like floods, droughts, famines and epidemics are quite common.

Continuous rains may cause devastating floods while the failure of the rains may lead to severe drought conditions.

The variability in the climatic conditions helps in the cultivation of a number of crops belonging to tropical, temperate as well as frigid areas.