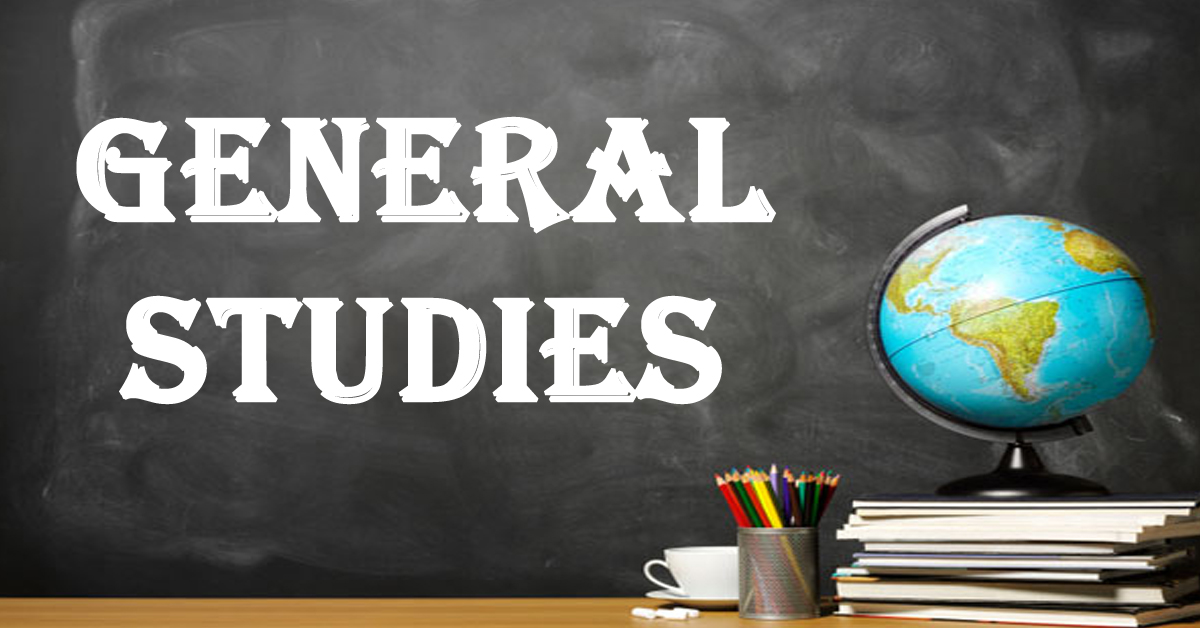 Social empowerment: In societal development, conception of empowerment has vital role. This phrase is linked with gender equality. Modernization of global development will need a reappraisal of the concept and its application to many facets of human life. The notion of empowerment entails numerous things to many people. Concepts of choice, liberty, agency, capacity, contribution, self-sufficiency, and increased resources are common to almost all definitions. Most of the researchers agreed on the idea of empowerment as ways to improve quality of life and expand the basis of human well-being. Briefly, empowerment can serve as a tool for effecting deep and broad-based social revolution.Continue Reading Social Empowerment, Communalism – General Studies Notes – For W.B.C.S. Examination.

In social science literature, it is documented that the process of social change can be discovered at the personal and structural levels. At one end, social change is visualized as a consequence of the development of individuals, gained through education, training, access to material resources, and the like. From this perspective, structural change is supposed to be an automatic result of personal alteration. On the other end, the human being is seen as a part of society, and change is considered impossible unless social structures related to political power are changed primarily. Individual and structural transformation are closely associated with the individual’s inner life shapes, social environment, and that environment, in turn, exerts a deep influence on one’s mystical and psychological well-being. The symbol of the body politic, likening all of humanity to a single social organism gives a valuable framework to discover empowerment as means to follow the transformation of individuals and civilization. Empowerment depends on and contributes to a system in which different actors are provided the resources needed for each to make a unique contribution to the whole. From this conception, it can be established that individual and collective empowerment can be considered as the extension of vision, capacity, and choice necessary for people to act as active agents of human well-being and affluence.

The Protagonists of Social Transformation: It suggests that there are three elements critically important such as the individual, the institutions of society, and the community. In this view empowerment is described as the act assisting individuals to manifest constructive capacities in creative and disciplined ways, institutions to exercise authority in a manner that leads to the progress and upliftment of people and communities to provide an environment in which culture is improved and individual wills and capacities combine in collective action. Ideas of “us” and “them” deserve particular consideration. Discourse in development spheres is often entrenched in conceptions of the “empowered” members of society that help the “disadvantaged” or “downgraded group.” Many researchers revealed that the desire to eliminate social inequalities is indisputably moral feeling, but us/them dichotomies only extend and reinforce existing divisions. Careful thought needs must be given in which empowerment can be approached as a universal and shared enterprise. It has been observed that Historical processes have developed inequalities that must be addressed. But the development basis should be one in which every individual and group is presumed to have scope for progression. From this viewpoint, the marginalized are not without capacity, and the privileged are not all strong. All have capacity to develop and all have a responsibility to advance the welfare of the whole. Lastly, though empowerment signifies someone or something being invested with authority, the social dynamics of power seem to have been generally overlooked in debates on development at the United Nations.

Communalism: Communalism is practiced in society since ancient and it is part of human life. When appraising in Indian context, it is great faithfulness to one’s own holy group. Communalism is defined as a mechanism to energize people for or against by raising an appeal on communal lines. It is revealed in literature that Communalism is related with religious fundamentalism and intransigence. Studies have demonstrated that the communalisation was first began in nineteenth century. The British historian (James) categorized ancient period as Hindu period and medieval period as Muslim period and this ordering was further used by both the British and Indian historians. Social literature documented that in medieval period, Muslim people were underprivileged, they were also oppressed as then people of Hindu community and the ruling class included both the Muslims and Hindus. Abdul Ahmed explained that “Communalism is a social phenomenon characterized by the religion of two communities, often leading to acrimony, tension and even rioting between them”. Communalism is also described by few other eminent theorists. According to Prabha Dixit, “Communalism is a political doctrine which makes use of religious and cultural differences to achieve political ends”. It is a dominant force in Indian scenario. Many factors such as casteism, communalism and religious fundamentalism pose challenge in India that are the major threats to Secular state. They deteriorate the working and strength of democratic secular Federal state and influence against the fundamental beliefs of national life and provide means to new individuality. ‘Casteism’ and ‘Communalism’ are destroying the Indian cultural diversity.

In academic literature, Communalism is elucidated as multi-dimensional, complex, social fact. Numerous social, political, economic, cultural and religious factors affect the occurrence of communalism and communal ferocity. Communalism is sometimes aggravated by non-religious forces. A careful inquiry of the demands which have been and are made by communal leaders will reveal the true character and objective of communal politics under the cover of religion, ritual and culture. It has been documented in reports that Previously, British imperialism used communalism as a divide and rule policy. Similar kind of policies are continued by leaders after independence using various factors. The origin of communalism is very deep and diversified. Some of the roots lie in the structure and nature of Indian civilization which has different religions, multi-racial, multi-lingual, multi-castes and multi-regional. A society divided on these grounds helps the development of communal organizations. It may be emphasised that the financial condition of the Hindu and the Muslim and other communities and their different development also contributes to the development of communalism. It is established that the communalism of society is a response of the communalism of another community.

Communalism has three stages. First stage include insight of people believing in a particular religion that have similar interests such as political, financial, social and cultural interests. For political perspective of India, Indian society is group of people from different religion, language and regions but not as a country. For citizen of India, different people have different leaders, who declare themselves as national/regional/religious/caste leaders. The second stage of communalism begins when people consider that the social, monetary, cultural and political interests of people following a particular religion are dissimilar from that of the believers of other religions. This phase of communalism is termed as Liberal Communalism. People who have belief in Liberal Communalism assumed that the interests of the people of India can be amalgamated and India can be integrated as one country. The third stage of communalism is considered when people of one religion are the opponents of the people of other religions. The third phase of communalism is extremist communalism which has a concept of fear and revulsion.

There are numerous of causes for the occurrence of communalism. First is the tendency of the Minorities. The Muslims fail to be intermixed in the national mainstream. Some reports indicated that majority of Muslim people do not partake in the secular nationalistic politics and insist to sustain separate identity. Another cause of communalism is Orthodoxy and Obscurantism. The orthodox members of minority groups feel that they have a distinct entity with their own cultural pattern, personal laws and thought. There are strong elements of conservatism and fundamentalism among the Muslims. Such feeling has prevented them from accepting the concept of secularism and religious tolerance.

Design of the Leaders is also a cause of communalism. It has grown in India because the communalist leaders of different religious communities such as Hindu and Muslim desire to succeed it in the interest of their communities. The demand for separate electorate and the organization of Muslim league were the practical indicators of this belief. The British rule which gave the divide and rule policy, separate electorate on the basis of religion, reinforced the basis of communalism in India. Finally the partition of the country into India and Pakistan provided further an aggressive feeling towards each other.

The cause of communalism is due to weak Economic Status. Most of Muslims in India did not embrace the scientific and technological education and they lagged behind on educational front. Due to poor education, they have not been represented satisfactorily in the public service, industry and trade. This leads the feeling of withdrawal which causes communalism.

There are geographical Causes for communalism. The regional settlement of different religious groups particularly Hindus Muslims and Christians causes more variation in the style of life, social standards and belief system. These patterns are clashing and leads to communal tension.

Communalism also evolves from historical causes. It has been revealed in literature that the Muslims in some of the regions are converted from Hinduism under the compulsions of Muslim rulers. The problems of social separation, illiteracy and poverty that had set apart the low caste people remain unresolved for them, as the foreign elite that polished never shared power with them. Their work ended with the conversion of the Indians and the converts began by replicating the masters in thought, speech and costume. It caused their hostility. Progressively, communalism developed in the Muslim community.