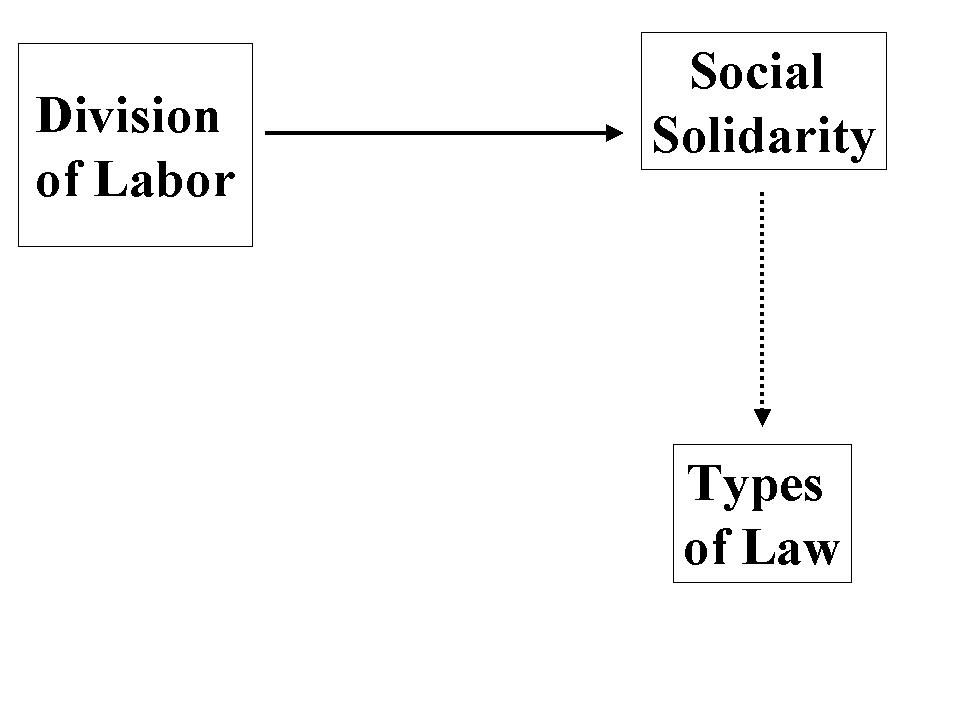 Sociology Notes On – The Division Of Labor In Society – For W.B.C.S. Examination.

In 1776, Adam Smith opened The Wealth of Nations with the observation that “the greatest improvements in the productive powers of labour, and the greatest part of the skill, dexterity, and judgement with which it is anywhere directed, or applied, seem to have been the effects of the division of labour.”Continue Reading Sociology Notes On – The Division Of Labor In Society – For W.B.C.S. Examination.

Despite the numerous economic advantages thus derived, however, Smith insisted that the division of labor was not itself the effect of any human wisdom or foresight; rather, it was the necessary, albeit very slow and gradual, consequence of a certain propensity in human nature — “the propensity to truck, barter, and exchange one thing for another.”

Common to all men, this propensity could be found in no other animals; and, subsequently encouraged by the recognition of individual self-interest, it gave rise to differences among men more extensive, more important, and ultimately more useful than those implied by their natural endowments.

More than a century later, Durkheim could observe, apparently without exaggeration, that economists upheld the division of labor not only as necessary, but as “the supreme law of human societies and the condition of their progress.Greater concentrations of productive forces and capital investment seemed to lead modern industry, business, and agriculture toward greater separation and specialization of occupations, and even a greater interdependence among the products themselves. And like Smith, Durkheim recognized that this extended beyond the economic world, embracing not only political, administrative, and judicial activities, but aesthetic and scientific activities as well. Even philosophy had been broken into a multitude of special disciplines, each of which had its own object, method, and ideas.

Unlike Smith, however, Durkheim viewed this “law” of the division of labor as applying not only to human societies, but to biological organisms generally. Citing recent speculation in the “philosophy of biology” (see the works of C.F. Wolff, K.E. von Baer, and H. Milne-Edwards), Durkheim noted the apparent correlation between the functional specialization of the parts of an organism and the extent of that organism’s evolutionary development, suggesting that this extended the scope of the division of labor so as to make its origins contemporaneous with the origins of life itself. This, of course, eliminated any “propensity in human nature” as its possible cause, and implied that its conditions must be found in the essential properties of all organized matter. The division of labor in society was thus no more than a particular form of a process of extreme generality.

But if the division of labor was thus a natural law, then (like all natural laws) it raised certain moral questions. Are we to yield to it or resist it? Is it our duty to become thorough, complete, self-sufficient human beings? Or are we to be but parts of a whole, organs of an organism? In other words, is this natural law also a moral rule ? If so, why, and in what degree? In Durkheim’s opinion, the answers of modern societies to these and similar questions had been deeply ambivalent — i.e., on the one hand, the division of labor seemed to be increasingly viewed as a moral rule, so that, in at least one of its aspects, the categorical imperative” of the modern conscience had become: Make yourself usefully fulfill a determinate function”; on the other hand, quite aside from such maxims endorsing specialization, there were other maxims, no less prevalent which called attention to the dangers of over -specialization, and encouraged all men to realize similar ideals. The situation was thus one of moral conflict or antagonism, and it was this which Durkheim sought first to explain and then to resolve.

This in turn calls for two final observations. First, the method of this explanation and resolution was to be that of the so-called “science of ethics”; for Durkheim was convinced that moral facts like the division of labor were themselves natural phenomena — they consisted of certain rules of action imperatively imposed upon conduct, which could be recognized, observed, described, classified, and explained. Second, this explanation itself was but a preliminary step to the solution of practical social problems; for Durkheim always conceived of societies as subject to conditions of moral “health” or “illness,” and the sociologist as a kind of “physician” who scientifically determined the particular condition of a particular society at a particular time, and then prescribed the social “medicine” necessary to the maintenance or recovery of well-being.

The Function of the Division of Labor

The word “function,” Durkheim observed, can be used in two, quite different, senses:

But at first sight, the answer to this question seemed all too clear; for, as Smith had already observed, the division of labor improves both the skill of the worker and the productive power of society, and thus its “function” would simply be to produce and secure those economic, artistic. and scientific advantages subsumed under the word “civilization.” Against this, Durkheim presented two arguments. The first, which reveals Durkheim’s deep, if ambivalent, debt to Rousseau, was that, if the division of labor has no other role than to render “civilization” possible, then there would be no reason to grant it the status of a “moral” fact — of rules of action imperatively imposed upon conduct. On the contrary, if the average number of crimes and suicides is employed as the “standard of morality,” Durkheim argued, we must conclude that immorality increases as the economy arts, and sciences progress. At its very best, therefore, civilization would be morally indifferent; and if its productions were the sole function of the division of labor, then it, too, would participate in this moral neutrality.

What, then, are these “needs” satisfied by the division of labor? As a first step toward an answer, Durkheim posed a paradox as old as Aristotle — that, while we like those who resemble us, we are also drawn toward those who are different, precisely because they are different. In other words, difference can be as much a source of mutual attraction as likeness. The key to resolving the paradox, Durkheim suggested, lies in recognizing that only certain kinds of differences attract — specifically, those which, instead of excluding one another, complement one another: “If one of two people has what the other has not, but desires, in that fact lies the point of departure for a positive attraction.”In other words, we seek in others what we lack in ourselves, and associations are formed wherever there is such a true exchange of services — in short, wherever there is a division of labor.

But if this is the case, we are led to see the division of labor in a new light– the economic services it renders are trivial by comparison with the moral effect it produces. Its true function, the real need to which it corresponds, is that feeling of solidarity in two or more persons which it creates. Thus, the role of the division of labor is not simply to embellish already existing societies, but to render possible societies which, without it, would not even exist; and the societies thus created, Durkheim added, cannot resemble those determined by the attraction of like for like. Rather, they must bear the mark of their special origin.