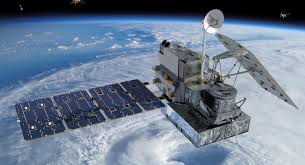 The U.K. regulator Ofcom contributed to “Understanding the Environmental Impact of Communications Systems” when it released a study by that name in July. The report, part of Ofcom’s technology research program, includes an assessment of the environmental impact of satellite broadcasting and looks at what would be the effects if satellite replaced digital terrestrial television (DTT).Continue Reading The Environmental Impact Of Satellite Communications – General Studies Notes – For W.B.C.S. Examination.

Unfortunately for the satellite sector, the impact would not be so large.

The study was designed to give background to Ofcom on the impact that communications systems can have and to consider where the regulator might pay more attention to environmental impacts in future decisions, including spectrum licensing decisions. In addition to many pages on the basic materials and concepts, the study sets up three case studies to assess the impact of mobile terrestrial communications systems and DTT.

The study takes as a starting point that information and communication technology (ICT) contributes about 2 percent of global carbon emissions. This ICT contribution is predicted to grow to approximately 2.8 percent of global emissions by 2020. The impact from consumer TV and related peripherals is considered to be about the same. These consumer devices have a substantial overall impact due to the large volumes of units involved and the shorter product life compared to infrastructure systems.

It is that comparison that leads to the assessment that a shift to satellite systems compared to terrestrial would not have much impact on the overall carbon contribution. The dominant impact of DTT, according to the study, arises from the energy consumption during the operating or use phase. DTT infrastructure has a long service life, which means there is a modest annual contribution to carbon emissions from manufacturing and installation of the infrastructure equipment (transmission equipment, antennas and the like) over the expected life of the system.

The satellite sector makes the good point that it uses much less electricity for broadcast transmissions. Satellites in space use solar energy, while DTT transmission towers rely on terrestrially generated energy to transmit to consumers. Nevertheless, that energy consumption and related carbon emission is only a small part of the picture. By far the main energy consumption connected with the broadcasting sector comes from consumer TV equipment. The study estimates that U.K. CO2 emissions from the DTT transmission network represent about 0.01 percent of total U.K. emissions, compared to about 3.54 percent of emissions coming from domestic TV equipment.

With appropriate incentives, satellite STB manufacturers could catch up with terrestrial equivalents, according to the study, and even today the main U.K. satellite broadcaster is making such efforts. Nevertheless, if satellite totally supplanted DTT in the United Kingdom, the resulting energy consumption would be at least 50 percent higher with current equipment.

The overall conclusion of this study is that the operating power for a terrestrial transmitter network should not be the primary target for energy efficiency because it is so small an element compared to consumer equipment. The power consumption for DTT infrastructure is only about 2 percent of U.K. domestic TV equipment consumption. Moreover, the impact of satellite installation does the satellite sector no favors either, because satellite antenna installation would normally be a more energy intensive matter than self-installation of DTT equipment.

The bottom line is that consumer equipment power consumption is the main energy and carbon impact for broadcasting — other life cycle impacts are much less important and satellite broadcasting does not come off so good in the comparison. The conclusion is that there probably is “not an overwhelming environmental advantage of one [TV] technology over the other.”