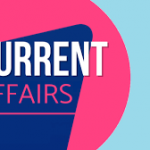 1) The United Nation General Assembly (UNGA) passed a non-binding resolution asking United
Kingdom (UK) to return Chagos Archipelago in Indian Ocean to Mauritius. Key Highlights:
Background: On February 2019 International Court of Justice (ICJ) issued an advisory opinion
on the legal consequences of separation of Chagos Archipelago from Mauritius in 1965 when
latter was a British colony. It also ruled the UK’s decolonisation of the Indian Ocean islands
was unlawful. This advisory opinion was endorsed by UNGA. About: The UNGA condemned
the Britain’s occupation of Mauritius’s remote Chagos Islands in Indian Ocean and passed a
resolution demanding Britain to withdraw its administration of the Chagos Islands. The 193-
member world body passed resolution with 116-6 in favour (with 56 abstentions). The vote
supported a motion which set a six-month deadline for Britain to withdraw from Chagos island
chain and for islands to be reunified with neighbouring Mauritius. Issue: Chagos Archipelago, a
group of seven atolls comprises of more than 60 islands in Indian Ocean. It is located about
500 km south of Maldives. Since 18th century when the French first settled in islands, it had
been part of Mauritius only. In 1801, all of the islands of French colonial territory in region were
ceded to British. As per ICJ, in 1965 Britain unlawfully carved up Mauritius (when it was a
British colony) which Chagos Archipelago was a part of. Thus even after Mauritius gained its
independence from Britain in 1968 UK retained its sovereignty over islands to form British
Indian Ocean Territory. UK then forcibly removed entire population of Chagos islands from
territory between 1967 and 1973, and also prevented them from returning. Since then islands
have been known by Foreign Office as British Indian Ocean Territory (BIOT), and being used
for defence purposes by UK and United States. The US also established a military base on
island of Diego Garcia which is largest of all islands. Thus, Mauritius claims its sovereignty over
islands and argues that British claim is in violation of law and of UN resolutions that bans
dismemberment of colonial territories before independence. ICJ verdict: In February 2019
International Court of Justice (ICJ), which is the principal judicial body of UN and highest
international legal authority, upheld that UK Government is under an obligation to end its
administration over Chagos Archipelago as rapidly as possible. ICJ also advised that all its
member states are under an obligation to cooperate with UN in order to complete
decolonisation of Mauritius. UNGA Resolution: It reaffirmed advisory opinion of ICJ and held
that Chagos Archipelago forms an integral part of territory of Mauritius. It demanded UK to
withdraw its colonial administration from Chagos Archipelago unconditionally within a period of
six months and to also support Mauritius in its quest for restoration of sovereignty over island
chain. Significance: Although the resolution is not legally-binding, but it still carries significant
political weight as the ruling came from UN’s highest court and assembly votes also reflected
world opinion. India’s Stand: India was among 116 nations who voted in favour of resolution.
India supported draft resolution, submitted by Senegal on behalf of members of Group of
African States and voted in favour of it, as Mauritius is a fellow developing nation from Africa,
with which India shares age-old people-to-people bonds. India for long has been supporter of
all peoples striving for decolonization and has consistently supported Mauritius since beginning
its quest for restoration of its sovereignty over Chagos Archipelago. India urged all concerned
nations to reach a mutually agreeable understanding as soon as possible.