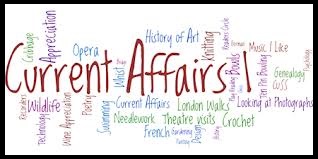 1) Scientists have recently identified a new species of wasp from the genus Kudakrumia in Goa.
The wasp species was collected from Western Ghats forest. Key Highlights: Nomenclature: The
wasp is dubbed as Kudakrumia rangnekari. It has been named after Parag Rangnekar, a Goa-
based researcher. Genus: It belongs to genus Kudakrumia. The Kudakrumia is a genus of
primitive wasps that is described and previously known only from Sri Lanka. Found: The new
Wasp species was collected in the Western Ghats forests from Cotigao Wildlife sanctuary
(located in South Goa district). About Wasp: It is any insect of order Hymenoptera and suborder
Apocrita which means neither a bee nor an ant. Wasps are proficient at controlling pest
populations and thus are deployed to protect crops. For instance in Brazil, farmers control
sugarcane crop borers with a kind of parasitic wasp. About Parag Rangnekar- He is founder-
president of the Goa Bird Conservation Network (GBCN). He has now undertaken
documentation of dragonflies in State. His quest to document butterflies in the Western Ghats
region has resulted in a record of 220 species, of which 13 species had not been spotted earlier.