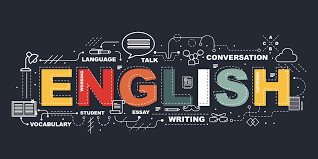 Usually the hot weather season begins in mid-March and continues till June. During these months the heat belt shifts from south to north due to the apparent northward movement of the Sun.Continue Reading W.B.C.S. Examination – Essay Composition On – Hot Weather Season In India.

The chief characteristics of the hot weather season are high temperature and low humidity. Sometimes the summer season is also referred to as the pre-monsoon period.

The temperature starts rising by the middle of March and by mid-May the mercury may touch 41 °C to 44 °C. In the north-western part, the temperature soars to 48 °C. The highest temperature is recorded in May, but in certain regions June is the hottest month. Even the minimum temperature at night rarely falls below 20 °C. The daily range of temperature is also very high.

In fact, the highest temperature is recorded just before the onset of the Southwest monsoons. However, the maximum summer temperature is comparatively lower in the southern parts of India. This is due to the moderating effect of the Arabian Sea and the Bay of Bengal.

The temperature along the west coast is lower than that prevailing on the east coast. This is due to the Westerly winds. The northern and central parts of India experience heat waves at this time.

The summer season is a period of rising temperature and falling air pressure in the northern part of India. Towards the end of May a low pressure trough is developed which extends from the Thar Desert in the northwest to the Chotanagpur plateau in the east.

In the heart of this low pressure trough in the northwest, dry and hot winds blow in the afternoon and sometimes these winds may continue up to midnight. The hot and dry winds are locally known as loo. Dust storms in the evenings are very common during May in the north-western part of the subcontinent. Sometimes they are accompanied by light rains and pleasant cool breeze, which give relief from the oppressive heat.

In the eastern and north-eastern parts of India, violent storms at a speed of about 60 km to 80 km per hour are experienced. Their directions are mainly from the northwest and are thus called the Norwesters. The hail storms are accompanied by heavy showers. They cause damage to standing crops, trees, buildings, livestock and even lead to loss of human lives. The Norwesters occur in the month of Baisakh, and thus are locally known as Kalbaisakhi in Bengal and Bardoichila in Assam.

Towards the close of the summer season thunderstorms occur in Kerala and the adjoining parts of Karnataka and Tamil Nadu, particularly during evenings and nights. These are the pre-monsoon showers, which are locally known as the ‘mango showers’. They are so called because they help in the early ripening of mangoes.

The summer season is generally a dry period, but not without rain. The locally formed dust storms and thunderstorms bring variable amount of rainfall to different parts of India. In the sub-Himalayan tract, the average rainfall is about 20 cm to 50 cm in this season. The pre-monsoon showers are called cherry blossoms, due to their beneficial role in the coffee plantations.