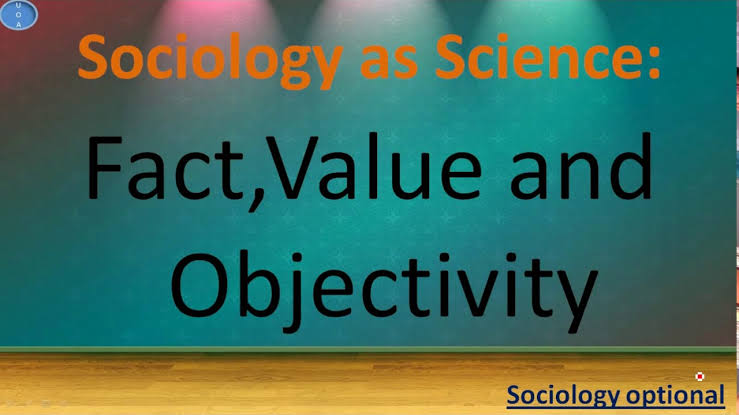 Sociology has turned out as a vital part of General Studies paper well as optional paper in Civil Services Mains Examination. Being one of the easiest optional subjects, many aspirants take Sociology yearly as their optional for W.B.C.S. Mains Exam. The syllabus of sociology optional subject for WBCS Mains can be tackled if approached with right strategies.Like, other optional subjects sociology has two papers. Paper I of Sociology deals with the fundamentals of Sociology where Papaer II of Sociology optional deals with the Indian society, its structure, and change.According to Goode and Hatt, fact is ‘an empirically verifiable observation’. Thus, facts are those situations or circumstances concerning which there does not seem to be valid room for disagreement.Continue Reading W.B.C.S. Examination Notes On – FACT VALUE – Sociology Notes.

Values judgments constitute a large share of social science data. For example the study of socialization is nothing but the study of the gradual acquisition of values by child and the comparative historical surveys measure changes in values within a cultural system.Also Read , Environment Notes On – Ecotone – For W.B.C.S. Examination.