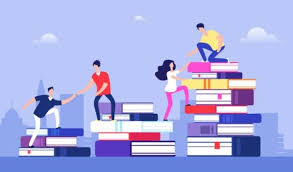 Sociology has turned out as a vital part of General Studies paper well as optional paper in Civil Services Mains Examination. Being one of the easiest optional subjects, many aspirants take Sociology yearly as their optional for W.B.C.S. Mains Exam. The syllabus of sociology optional subject for WBCS Mains can be tackled if approached with right strategies.Like, other optional subjects sociology has two papers. Paper I of Sociology deals with the fundamentals of Sociology where Papaer II of Sociology optional deals with the Indian society, its structure, and change.According to Goode and Hatt, fact is ‘an empirically verifiable observation’. Thus, facts are those situations or circumstances concerning which there does not seem to be valid room for disagreement.Continue Reading W.B.C.S. Examination Notes On – Sociology – Demonstration Of Sociological Proof.

Durkheim was convinced that sociology was limited solely to the latter method, and this led him to reject both Comte’s “historical” method, which depended on an acceptance of his tendentious “laws” of social progress, and Mill’s suggestion that even “indirect” experimentation is inapplicable to the study of social phenomena. In particular, Durkheim attacked Mill`s postulate that the same effect can result from various causes as one which would render the scientific analysis of such causes utterly intractable. As the first rule for the demonstration of sociological proof, therefore, Durkheim proposed: To the same effect there always corresponds the same cause.

But not all forms of the comparative method, Durkheim argued, are equally applicable to the study of social facts, a view which led him to a critique of the five canons of experimental inquiry contained in Mill’s System of Logic (1843). Mill’s “Method of Agreement,” for example, had stated that, if two instances of a phenomenon share only one circumstance, it is either their cause or their effect; his “Method of Difference,” by contrast, suggested that, if an instance in which a phenomenon occurs and one in which it does not differ in only one other circumstance, it is the cause, or the effect, or an indispensable part of the cause, of the phenomenon; and his “Joint Method of Agreement and Difference” consisted in combining the first two, putting together knowledge of what is common to all cases of the phenomenon and what alone differs when it is absent.Chemistry optional syllabus is available here, CHEMISTRY OPTIONAL SYLLABUS FOR W.B.C.S. Examination.

To all three, Durkheim objected on the ground that they assume the cases compared either agree or differ on only one point, conditions difficult enough to achieve in physics, chemistry, and biology, but literally impossible in the study of phenomena as complex as those of sociology. Mill’s “Method of Residues” suggested that we subtract from a phenomenon what is known already to be the effect of certain causes, the “residue” being the effect of the remaining antecedents; but here again, Durkheim objected to the assumption that a considerable number of causal laws are already known, and that the effects of all causes but one might thus be eliminated in a science so complex as sociology.

Mill’s fifth canon, however, was that of “Concomitant Variation” — that phenomena which vary together are connected through some fact of causation. And this search for a “mere parallelism in values” through which two phenomena pass survived all of Durkheim’s objections to the first four. For the manner in which a phenomenon develops reveals its internal nature, and where two phenomena develop in the same way, there must thus be some internal connection between the natures thus revealed. Durkheim could thus do quite well without those massive collections of facts assembled by historians, ethnographers, and sociologists pursuing the “Method of Agreement and Differences.” Concomitant variation alone, as long as the variations were serial and systematic rather than isolated and sporadic, was always sufficient to establish a sociological law.Also Read , Environment Notes On – Ecotone – For W.B.C.S. Examination.

Durkheim then proposed three methods by which such serial, systematic variations might be formed. First, when dealing with very general facts (e.g., suicide) about which we have extensive statistical data,the sociologist might limit his study to a single, unique society. But a second method — i.e., collecting facts from several societies of the same social type — makes available a more extensive field of comparison. The sociologist could now confront the history of one society with another, to see if the same phenomenon evolves over time in response to the same conditions. But this method is applicable only to phenomena which have arisen during the existence of the societies in question, and thus ignores that part of a society’s social organization which is inherited ready-made from earlier societies.

This observation led directly to Durkheim’s third method: “to account for a social institution belonging to a species already determined, we shall compare the different forms which it assumes, not only among peoples of that species, but in all previous species.”This “genetic” method, Durkheim argued, simultaneously yields both an analysis and a synthesis of the facts under study — by showing us how each component element of the phenomenon was successively added to the other, it reveals them in their dissociated state; and by means of the broad field of comparison, the fundamental conditions on which the formation and association of these elements depend are determined. Consequently, one cannot explain a social fact of any complexity save on condition that one follows its entire development throughout all species. In so far as it ceases to be purely descriptive and attempts to explain social facts, therefore, comparative sociology is not a single branch of sociology, but is coextensive with the discipline itself.To view, Notes On Chemistry-Hydrogen Economy-Hard Water types & treatment-Hydrogen Peroxide,-Acid-Base-Salt-For WBCS Main Exam , Click on the above link.

Finally, Durkheim warned against an error characteristic of such extended comparisons — i.e., in attempting to judge the direction of social evolution, the sociologist compares the state of a social fact during the decline of one society with its state during the early stages of its successor. But the new society, Durkheim insisted, is not simply a continuation of the old; thus, the “revival” of religious traditionalism frequently observed at the outset of a society’s history, for example, is the product of the special conditions of that early stage rather than evidence of the “transitoriness” of the religious decline found in the latter stages of its predecessor. To serve as proof, therefore, the comparison of social facts must control for the stage of a society’s evolution; and for this purpose, Durkheim concluded, it will be sufficient to consider societies which one is comparing at the same period of their development: “According to whether, from one of these stages to the next, it displays more, less, or as much intensity, one will be able to state whether it is progressing, regressing, or remaining static.”

When Durkheim came to summarize the principal characteristics of sociological method, he mentioned three in particular. First, it is independent of all “doctrines,” whether philosophical or practical. Sociology is thus neither positivist, nor evolutionist, nor spiritualist, nor even naturalist in so far as that term is taken in the doctrinal sense, as implying the reduction of social facts to cosmic forces; neither has it to take sides on metaphysics, nor affirm free will rather than determinism (or the reverse). Concentrating the last, its only condition is that social facts are explicable by natural causes, a condition that Durkheim regarded less as a rational necessity than a legitimate inductive inference.Similarly, practical doctrines, whether communist, socialist, or individualist, have no scientific value, and if they interest the sociologist at all it is because they are themselves social facts reflective of the interests and desires of certain groups in the society under study.

Second, sociological method is objective, in the sense that social facts are things and must be treated as such. This means that we can no longer dream of explaining them by their “utility” or by conscious “reasoning” on the part of their agents; on the contrary, social facts are externally coercive forces, which can be engendered only by other forces: “Thus, to account for social facts, we investigate the forces capable of producing them.”

Finally, these “things” are pre-eminently social things, and Durkheim’s method was thus exclusively sociological. A social fact cannot be explained except by another social fact, which to Durkheim meant that the “inner social environment” is the primary motive force underlying all social evolution. Indeed, the sense of this “specific nature of social reality” is so important to the sociologist, Durkheim argued, that a “purely sociological culture,” an autonomous scientific discipline, is essential to its cultivation. Three years later l’Année sociologique was born.