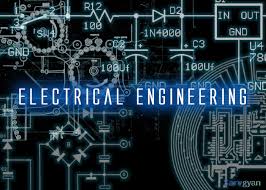 1) Sulphur and oxygen are an undesirable element in coal

The sulfur in coal exists in inorganic and organic forms. The inorganic forms are usually sulfides and sulfates, with pyrite the major inorganic sulfur contaminant in most coals. Analytical methods are available for determining these inorganic sulfur components, and various commercial processes exist for the removal of much of the inorganic sulfur from coal.Continue Reading W.B.C.S. Main 2018 Question Answer – ELECTRICAL ENGINEERING – Sulphur And Oxygen Are An Undesirable Element In Coal.

The organic sulfur structures in coals are mainly components of the macromolecular structures of the coal and are not readily separated and analysed without destruction of the macromolecular network. A number of analytical methods have been developed for approximating the sulfur functional group compositions of coals. Some of these are destructive tests depending on pyrolysis or catalytic reduction to H2S or oxidation to SO2. However various non-destructive X-ray methods are now available which measure sulfur types (aliphatic, aromatic or thiophenic) directly. The organic sulfur components can be broadly divided into aliphatic and aromatic or heterocyclic sulfur structures. The aliphatic types are thermally less stable, form H2S on heating or pyrolysis, and are converted at least in part to the more stable heterocyclic structures.

The heterocyclic (usually thiophenic forms) vary from single-ring to at least six-ring structures, and often also contain nitrogen and/or oxygen heteroatoms. Many of the heterocyclic sulfur structures contain alkyl substituents of various sizes and complexity. Aromatic sulfides and disulfides are present in high-sulfur coals, but usually in small amounts compared with the heterocyclic sulfur compounds. Low sulfur coals derive their sulfur mainly from the sulfur components in the coal-forming plants. High-sulfur coals, however, are now known to derive most of their sulfur from reduction of sulfate ions to H2S in sea or brackish water in the coal beds by microbial processes. The H2S is chemically incorporated into the peat during diagenesis. The H2S also reacts with ferric ions in the water to produce pyrite in the coal. The mineral sulfur components can be removed or reduced by commercial methods of coal washing, flotation and oil agglomeration. Despite a great deal of research and development, no economically practical processes exist for the chemical removal of all the major organic sulfur components of coal. The aliphatic sulfur structures can be reacted with very strong bases, and the heterocyclic sulfur structures react selectively with single-electron-transfer reagents such as potassium naphthalenide. Certain microorganisms have been shown to consume or convert selectively some of the sulfur components of coal.