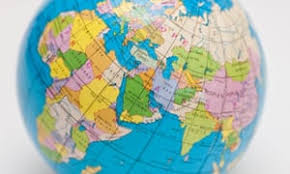 Intrusive igneous rocks crystallize below Earth’s surface, and the slow cooling that occurs there allows large crystals to form. As the Intrusive Igneous rocks are made of magma that ccols and solidfies , as a result they are coarse grained . Intrusive rocks are in the diffrent forms according to the shape and size of the intrusive body and its relation to the other formation into which it intrudes. Typical intrusive formations are batholith( very large igneous intrusion) , stocks, lacoliths (Igneous intrusion with depressed central region ), sills(horizontal layer which runs parallel to rocks) and dikes (vertical layer of solidified magma between two rocks).

Extusive Igneous Rocks erupt onto the surface, where they cool quickly to form small crystals. Some cool so quickly that they form an amorphous glass. These rocks include andesite, basalt, pumic, rhyolite, and tuff. Hence such rocks are smooth, crystalline and fine-grained. Basalt is a common extrusive igneous rock and forms lava flows, lava sheets and lava plateaus. Some kinds of basalt solidify to form long polygonal column. The Giant causeway in Antrim, Northern Ireland is an example. Deccan plateau of India is also basaltic plateau .

In 1912, when Alfred Wegener proposed that the continents had once been joined together and had split apart, the biggest weakness in his hypothesis was the lack of a mechanism that would allow continents to move through ocean basins. At the time, everyone believed the oceans were permanent features and, at the time of Wegener, there was no credible explanation for a way the continents could have plowed through the rocks of the seafloor.

But in 1962, a geologist and U.S. Navy Reserve Rear Admiral named Harry Hess came up with an answer. Rather than plowing through seafloor rocks, Hess proposed that it was the seafloor itself that was pushing the continents apart. He believed that the location and topography of the Mid-Atlantic Ridge was not coincidence. The Mid-Atlantic ridge is an ocean ridge found along the Atlantic Ocean floor. The ridge, he thought, was where new seafloor was being added to the earth’s lithosphere, which in turn pushed the continents apart. Hess called it seafloor spreading.

Hess argued that the Mid-Atlantic Ridge was a boundary where two lithospheric plates were rifting (being pulled apart). As that happened, rising magma from the upper part of the mantle filled in the cracks that formed in the earth’s crust.After the magma solidified into basalt and igneous rock, additional rifting pulled those rocks apart, too. In effect, Hess proposed the existence of a magma-driven conveyor belt that continually added new seafloor, very slowly over time, widening the Atlantic Ocean basin and pushing apart the continents to either side.So, rather than plowing through seafloor rocks, Hess proposed that it was the seafloor itself that was pushing the continents apart. It was an insightful hypothesis, but was there any evidence to confirm Hess’s idea? Or would he suffer the same criticisms that Wegener had endured?Seafloor Spreading: Evidence in the RocksNot long after Hess published his ideas, other scientists published their measurements of the magnetic properties of Atlantic Ocean seafloor basalt or the seafloor magnetism. They had discovered an unexpected pattern preserved in the rocks.