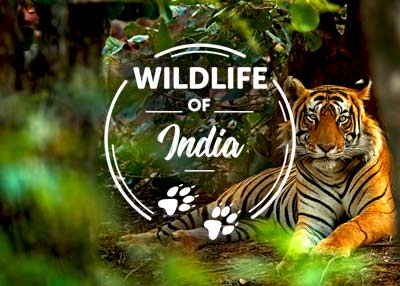 W.B.C.S. Exam is conducted by PSC, WB in three stages- Prelims, Mains and Interview. The marks you fetch in W.B.C.S. Mains Exam decide your ranking in the final list. The WBCS Mains exam has 8 papers, including twp optional papers. Zoology is an optional subject for Civil Services Mains examination. Zoology requires a huge amount of hard work. This optional paper is also quite lengthy. Aspirants should be thorough with the syllabus. Knowing the syllabus will help you to understand what to study what not to study.The wildlife of India comprises a fascinating ragtag group, a veritable melting pot of animals from Europe, Asia and ancient Gondwanaland all swirled together in a bewildering mix of habitats, ranging from lush mangrove swamps to desolate sand deserts and icy alpine meadows.Continue Reading Wildlife Of India – Zoology Notes – For W.B.C.S. Examination.

Home to many charismatic species both large and small, India harbours some of the richest biodiversity in the world. There are about 400 species of mammals, 1250 birds, 460 reptiles, 240 amphibians and 2550 fish – among the highest species count for any country. India is best known for its signature species – elephants, tigers, monkeys, leopards, antelopes and rhinos. You have to be lucky to spot a tiger, but it can be done. Even if you don’t see any, you’ll enjoy wandering one of India’s many forest wildlife reserves on the back of an elephant, surrounded by birds and butterflies.

King Pandu in Mahabharata was cursed by the hind deer for shooting her stag in mating. Rama was helped by Hanuman against Ravana, the flying deer hunted by Kalidas to the safety of rishi’s ashram, eight celestial points of compass being supposed to be guarded by Indira’s elephant, lion is one of the many incarnations of God Vishnu, the mongoose noticed in the Mahabharata as a teacher of wisdom of King Yudhishthira, the deer is always associated with God Brahma and the constant companion of Lord Mahadeva, the wild boar is referred to as the “Boar of Heaven”. About thirty different mammals are mentioned by name in the Samhitas (four principal Vedas).Click here to find the Syllabus for Zoology in WBCS Exam.

The first recorded game laws were promulgated by Kautilya in his Arthashastra in the third century B.C. He proclaimed severe punishment for killing, entrapping animals in protected areas (sanctuaries). The Great Ashoka enacted laws for the protection of animals in his kingdom in third century B.C. Even in Christianity, Francis of Assisi loved and spoke to protect wild animals.

The condition of our wildlife deteriorated in the Moghul rule and later in British rule when slaughter of animals became the fashion of the day. Babar and Temur killed thousands of rhinoceroses in Kashmir and Northern India. Colonel Pollock, military engineer of British East India Company in Assam, shot a rhinoceros or buffalo almost daily for breakfast. Former Kings and Nawabs of various states of India were also very fond of hunting tigers.

Some wild animals are so characteristic that they become symbols of their home countries. Thus, tiger is associated with India, white bear with Russia, Giant Panda with China, Kangaroo with Australia, Kiwi with New Zealand and Springbok with South Africa.