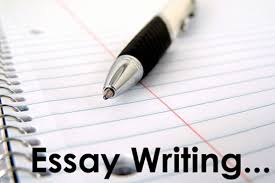 Essay writing in W.B.C.S exam is important because it is a reflection of your deepest thoughts and ideas.It should be known how to write a good essay and the important points must be remembered while writing an essay.Introduction should catch the attention of the reader. It can begin with a quotation, a question, an exclamatory mark. Each individual paragraph in the body must convey a single idea only. The ending should be lovely as well as balanced. Ending with a memorable quote or question or providing it an interesting twist would also be a excellent idea.This is not a part of W.B.C.S Preliminary Exam.Following previous years question papers helps in understanding the types of essay’s that generally come in the W.B.C.S Mains Exam.National Rural Employment Guarantee Act (NREGA) was passed 25th August 2005, it was notified on 7 September 2005, and renamed Mahatma Gandhi National Rural Employment Guarantee Act (MGNREGA) in 2nd October 2009 with the objectives: provide work at remunerative wage of landless labourers and marginal farmers: and generate assets for raising agriculture output. The act became efficient at the state level in February 2006 in 200 districts, guaranteeing employment up to 100 days a year to poor rural households on demand. By March 2008, MGNREGA was expanded to cover all rural districts in the country. Over a period of three years, its implementation has provided 4.48 billion days of employment, and Rs. 34,600 crore has been spent on wages.Continue Reading Essay Composition On Mahatma Gandhi NREGA For WBCS Main Exam.
Considerably, MGNREGA is a right – based programme, different previous employment schemes. The rights of MGNREGA workers include employment on demand, minimum wages, gender parity of wages, and payment of wages within 15 days, as well as the provision of basic worksite facilities, among others. There is a legal guarantee of 100 days employment in a financial year to a registered household. Every state under this has to formulate a State Rural Employment Guarantee Schemes (SREGS), which should conform to the minimum features specified under the Act. According to the Act, rural household have a right to register themselves with the local gram panchayat (GPs). The Gram panchayat, after due verification, will issue a job card which is free of cost and will bear the photograph of adult members of the household willing to work under MGNREGA. The job card should be issued within fifteen days of application. A job card holder may submit a written application for employment to the Gram panchayat. That the government is legally bound to give employment within 15 days of the application for work by a job seeker, in case of postponement or failure to provide employment to the job seeker, there is provision of unemployment allowance at the stipulated rates.
Through women employment was not the soul objectives of the scheme but with its development goals it comes automatically. MGNREGA, ‘with its guarantee of 100 days of unskilled work for every household, has been envisaged as gender sensitive scheme’ (Sudarshan 2009). The design features of this scheme make this scheme gender sensitive.

Mandate and other key objectives

The mandate of the Act is to provide 100 days of guarantee wage employment in a financial year (FY) to every rural household whose adult members volunteer to do unskilled manual work.
The other key objectives of the programme include:
While providing employment, priority will be given to women in such a way that at least one third of the beneficiaries shall be women who have registered and requested for work under the scheme.
In case of every employment under the scheme, there shall be no discrimination solely on the ground of gender and the provisions of the Equal Remuneration Act, 1976
Aiding in the empowerment of the marginalized communities, particularly women, Scheduled Castes (SCs) and Scheduled Tribes (STs), through the processes of rights-bases legislation.
Ensuring social protection for the most vulnerable people living in rural India through providing employment opportunities.
In case the numbers of children below the age of six years accompanying the women working at any site are five or more provision shall be made to depute one of such women working to look after the children.
Not less than one third of the total number of non-official members of the central council shall be women.
The average out-turn of work put by men and women workers working in a group will be the basis for fixing task based schedule of rate so there is no gender based discrimination in the schedule of rates.
A number of provisions like work within a radius of five kilometers from the house, absence of supervisor and contractor, flexibility in choosing periods and months of employment etc. were not solely made for women bit some way these are supportive for rural women. Consequently equal wages both men and women, facilities for child care, participation in management, monitoring and social audit of the programme, preference in case of single women etc make this act gender sensitive.
Mahatma Gandhi NREGA has become a powerful instrument for inclusive growth in rural India through its impact on social protection, livelihood security and democratic governance.

Rural women in India have got the constitutional right to be able to earn. One of the significant contributions of MGNREGA is the growing participation of women in the economic affairs of their families in terms of generating livelihood and income addition. MGNREGA is distinctive for its capacity to provide instant expectation and actual economic opportunities, that it has started to generate.
In the wake of MGNREGA, women in rural areas seem to have become confident about being integral involvement to family expenditure and about being assertive about their identity space in public sphere. Mahatma Gandhi NREGA is also an opportunity to redefine the rural Indian women’s identity in various ways; decision making, spending their wages separately or on their children’s education, healthcare and clearing debts.

There are a variety of factors which give confidence the women worker’s participation under this scheme include nature of work, which do not need skilled workers, the limited hours of work, availability of work locally, reduction of migration of male members, considerable jump in the wage rate etc.
With a national participation rate of 47 per cent, evidence suggests that women are participating in the scheme more energetically than in other works. MGNREGA is a significant work opportunity for women who would have otherwise remained unemployed or underemployed.
In financial year 2011-12, Kerala had the maximum women participation at 93 per cent, while Uttar Pradesh and Jammu and Kashmir showed low levels of women participation at 18 per cent and 17 per cent respectively.
Significantly, Women are participating in the scheme much more energetically than they participated in all forms of recorded work, because MGNREGA creates decent and favorable work conditions for women. MGNREGA stipulated of work within 5 kilometers (Kms) of the village where the job applicant resides makes participation in the scheme logistically feasible for women who may have limited employment opportunities available to them, given their role and responsibilities in their households.
Aggregate participation: At the national level, the involvement of women in the scheme has surpassed the statutory minimum requirement of 33 per cent; in financial year 2011-12 alone, women person-days of employment was close to 50 percent. The proportion of women participation from financial year 2006-07 up to financial year 2011-12 is mentioned in table 1
The Act stipulates that priority shall be given to women. In terms of implementation it mandates that a minimum of one- third of the beneficiaries are women who have registered and have requested for work. Women contribution in current FY 2011-12 is mentioned in figure -1

MGNREGA plays an important role to meet the practical as well as strategic requirements of women’s participation. The impact of MGNREGA on women’s participation can be examined through the following parameters:
(a) Income – Consumption Effects
By income- consumption effects we signify an increase in income of women workers and as a result, their ability to choose their consumption baskets. In examining MGNREGA more emphasis is given to consumption because it is the major factor for judging income– consumption effects. If a women earns but not capable to spend for her own needs or surrender her income to the head of the household then the element of empowerment does not come. MGNREGA empowers women by giving them an extent of independent earning and spend some amount for their own requirements.
(b) Intra-Household Effects
Women play a most important role in raising the economic resources for their family but their involvement remains uncounted because of they perform a significant amount of unpaid work. In rural areas, the dominance of males in intra- household decision has been seen. MGNREGA has important impact in converting some not paid work into paid work and widen the scope of decision making role of women in household matters. As the wages are paid through bank/ post office the intra- household status of women increase and she can control cash resource because withdrawn can be made only as per her personal decision.
(c) Enhancement of choice and capability
Mahatma Gandhi NREGA has widened the choice set for women by giving them independent income- earning opportunity. If a women depends on the head of the household then her choice become the subject of household direction MGNREGA has improved the choice of women to use earning.
(d) Community- Level Effects
Women’s involvement at the local and district level of governance process is low in spite of 73rd Amendments of the Constitution. But women participation has greater than before after the implementation of MGNREGA in many areas. A large number of women workers attended the gram-sabha meeting held in link with Mahatma Gandhi NREGA. Community level empowerment of women is one of the great achievements of this Act.

Mahatma Gandhi NREGA has affirmative impact on empowerment pattern of women. Women have benefited both as individual and community. Women are benefited individually because they are capable to earn separately, spend some money for their requirements, contribute in family expenditure etc. The gained benefits of women as society can be understood by increased presence in the gram sabha, increasing number of women in speaking out in the meeting, increasing ability of interaction etc. but the poor implementation across the nation (such as lack of child care facility, worksite facility and illegal presence of contractors) accrued the gender sensitiveness of this act mainly in north- eastern state. Certain initiatives and changes should be taken to get rid of these barriers. The precious gains should not be derailed for poor implementation.
Our own publications are available at our webstore (click here).
For Guidance of WBCS (Exe.) Etc. Preliminary , Main Exam and Interview, Study Mat, Mock Test, Guided by WBCS Gr A Officers , Online and Classroom, Call 9674493673, or mail us at – mailus@wbcsmadeeasy.in
Please subscribe here to get all future updates on this post/page/category/website