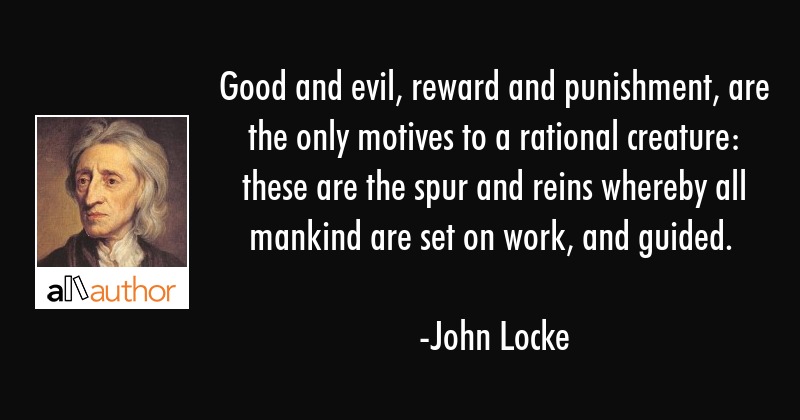 History Notes On – Ideas Of John Locke – For W.B.C.S. Examination.

John Locke (1632–1704) is among the most influential political philosophers of the modern period. In the Two Treatises of Government, he defended the claim that men are by nature free and equal against claims that God had made all people naturally subject to a monarch. He argued that people have rights, such as the right to life, liberty, and property, that have a foundation independent of the laws of any particular society.Continue Reading History Notes On – Ideas Of John Locke – For W.B.C.S. Examination.

Locke used the claim that men are naturally free and equal as part of the justification for understanding legitimate political government as the result of a social contract where people in the state of nature conditionally transfer some of their rights to the government in order to better ensure the stable, comfortable enjoyment of their lives, liberty, and property. Since governments exist by the consent of the people in order to protect the rights of the people and promote the public good, governments that fail to do so can be resisted and replaced with new governments. Locke is thus also important for his defense of the right of revolution. Locke also defends the principle of majority rule and the separation of legislative and executive powers. In the Letter Concerning Toleration, Locke denied that coercion should be used to bring people to (what the ruler believes is) the true religion and also denied that churches should have any coercive power over their members. Locke elaborated on these themes in his later political writings, such as the Second Letter on Toleration and Third Letter on Toleration.

Perhaps the most central concept in Locke’s political philosophy is his theory of natural law and natural rights. The natural law concept existed long before Locke as a way of expressing the idea that there were certain moral truths that applied to all people, regardless of the particular place where they lived or the agreements they had made. The most important early contrast was between laws that were by nature, and thus generally applicable, and those that were conventional and operated only in those places where the particular convention had been established. This distinction is sometimes formulated as the difference between natural law and positive law.

Natural law is also distinct from divine law in that the latter, in the Christian tradition, normally referred to those laws that God had directly revealed through prophets and other inspired writers. Natural law can be discovered by reason alone and applies to all people, while divine law can be discovered only through God’s special revelation and applies only to those to whom it is revealed and who God specifically indicates are to be bound. Thus some seventeenth-century commentators, Locke included, held that not all of the 10 commandments, much less the rest of the Old Testament law, were binding on all people. The 10 commandments begin “Hear O Israel” and thus are only binding on the people to whom they were addressed (Works 6:37). As we will see below, even though Locke thought natural law could be known apart from special revelation, he saw no contradiction in God playing a part in the argument, so long as the relevant aspects of God’s character could be discovered by reason alone. In Locke’s theory, divine law and natural law are consistent and can overlap in content, but they are not coextensive. Thus there is no problem for Locke if the Bible commands a moral code that is stricter than the one that can be derived from natural law, but there is a real problem if the Bible teaches what is contrary to natural law. In practice, Locke avoided this problem because consistency with natural law was one of the criteria he used when deciding the proper interpretation of Biblical passages.

In the century before Locke, the language of natural rights also gained prominence through the writings of such thinkers as Grotius, Hobbes, and Pufendorf. Whereas natural law emphasized duties, natural rights normally emphasized privileges or claims to which an individual was entitled. There is considerable disagreement as to how these factors are to be understood in relation to each other in Locke’s theory. Leo Strauss, and many of his followers, take rights to be paramount, going so far as to portray Locke’s position as essentially similar to that of Hobbes. They point out that Locke defended a hedonist theory of human motivation (Essay 2.20) and claim that he must agree with Hobbes about the essentially self-interested nature of human beings. Locke, they claim, recognizes natural law obligations only in those situations where our own preservation is not in conflict, further emphasizing that our right to preserve ourselves trumps any duties we may have.

On the other end of the spectrum, more scholars have adopted the view of Dunn, Tully, and Ashcraft that it is natural law, not natural rights, that is primary. They hold that when Locke emphasized the right to life, liberty, and property he was primarily making a point about the duties we have toward other people: duties not to kill, enslave, or steal. Most scholars also argue that Locke recognized a general duty to assist with the preservation of mankind, including a duty of charity to those who have no other way to procure their subsistence (Two Treatises 1.42). These scholars regard duties as primary in Locke because rights exist to ensure that we are able to fulfill our duties. Simmons takes a position similar to the latter group, but claims that rights are not just the flip side of duties in Locke, nor merely a means to performing our duties. Instead, rights and duties are equally fundamental because Locke believes in a “robust zone of indifference” in which rights protect our ability to make choices. While these choices cannot violate natural law, they are not a mere means to fulfilling natural law either. Brian Tienrey questions whether one needs to prioritize natural law or natural right since both typically function as corollaries. He argues that modern natural rights theories are a development from medieval conceptions of natural law that included permissions to act or not act in certain ways.